Tonkatsu, Katana Swords, and the Roots of Japanese Culture 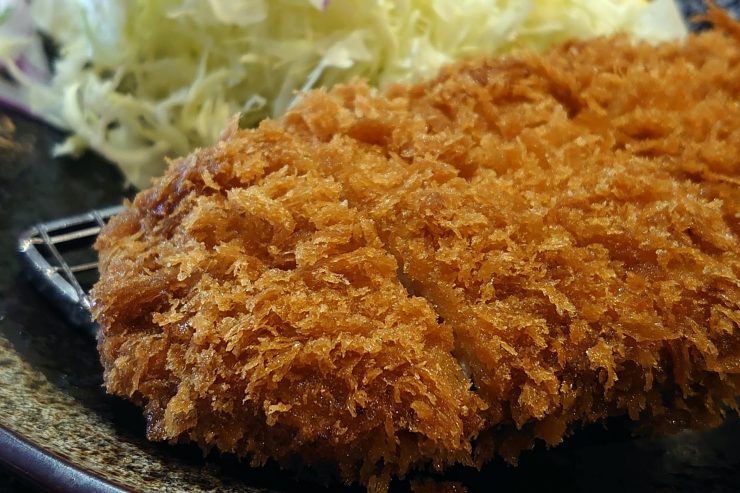 Consider the humble katana sword. If you are a fan of jidai geki historical dramas, you understand the kind of damage these weapons can inflict in the hands of a skilled samurai. By the nineteenth century, the katana functioned more as an emblem of authority than of bloodletting, and those who carried them were given respect that went beyond military prowess. Even today, when they appear in anime or TV commercials, these swords convey a heroic aura that you wouldn’t normally associate with a flat hunk of metal.

Over the centuries, the katana sword has become a mainstay of Japanese culture. Due to strict laws regulating weapons in Japan, very few people own such swords today; most Japanese have probably never even seen one in person except at a museum. And yet they continue to exist as a cultural symbol nearly 150 years after the samurai were officially disbanded by the Meiji government.

That same cultural link could be made for tonkatsu, those crumb-coated deep-fried slices of porcine delight. Far from being a rare museum piece, tonkatsu is everywhere in Japan. You can find outlets of two major katsu chains, Tonkatsu Wako and Saboten, in nearly every shopping center in the Tōkyō metro area. Add to those the numerous family-run katsu shops, some with waiting lines that stretch around the building. Some Japanese will even make a special trip to Nagoya just to try out its version of this fried delicacy, the tasty miso katsu.

Along with tempura and ramen, tonkatsu is known around the world as part of Japan’s food culture. And yet, none of those foods are truly Japanese, at least not originally. According to an official report by the government of Japan, tonkatsu is based on a similar fried dish from France and has existed in Japan only since 1899. Tempura and ramen are also imports, arriving from Portugal and China, respectively. Of course, local chefs augmented the originals to align with Japanese tastes. Despite their foreign derivation and recent origins, these dishes are indelibly linked to Japan and its culture, on par with those native katana swords.

When I hear the term “Japanese culture,” my mind goes toward centuries-old traditions: Noh theater, those aforementioned samurai warriors, lacquerware, the imperial line and all of the political machinations that surrounded it, the traditional Shintō belief system, the country’s complex written and spoken language, interpersonal relationships that are more hierarchical than those in the West. These cultural forms and phenomena are from centuries or millennia ago, but as we can see with origami cranes and even Mario Kart, new elements of culture show up all the time.

Even more surprising is that specific cultural distinctives don’t necessarily need to originate in Japan. This process isn’t limited to the food items listed above. Even something as pervasive as the Buddhist religion, which touches on so many aspects of Japanese life and culture, began in India.

Of course, this influence is a two-way street. Anime and manga are major cultural exports, and even companies as large and as western as Netflix and Disney seek ways to incorporate them into their product offerings. There are also situations where the influence takes a round trip. While it’s not popular yet, I have already seen “American sushi” offered in some restaurants in Japan, both the mundane California roll and those slices of rolled sushi smothered with mayonnaise and sriracha sauce. It’s not my fault! And yet, just as happened with tonkatsu, the arrival of foreigners like me sometimes comes with permanent impacts to Japanese culture.

Japanese culture is therefore a moving target, constantly evolving through internal and external influences. This movement impacts both immigrants and the native population, and in bidirectional ways. The longer I reside here, the more Japanese I will appear to those from my home country due to the influence of the local culture. But there is also a chance that the behaviors and flavors that immigrants like me bring to these islands will augment the existing culture. Fifty years from now, when the current crop of imported norms has fully permeated the culture—adjusted to Japanese tastes and made even more awesome—they will be ready for distribution to the wider world as “authentically Japanese.”