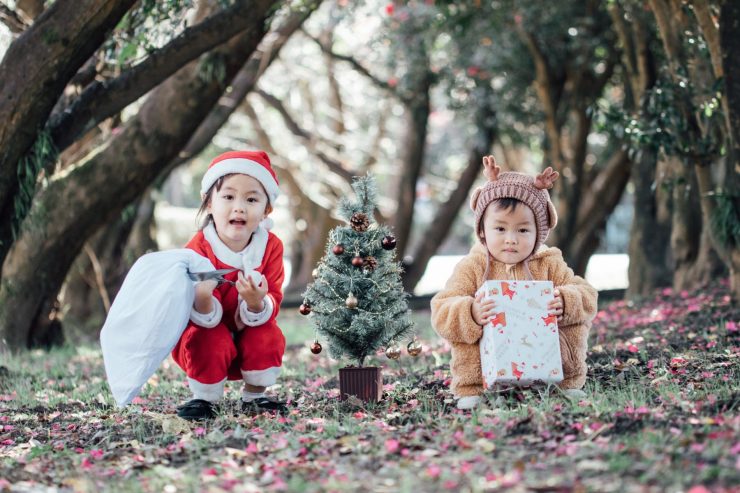 This year, I celebrated my fourth Christmas since moving to Japan. For a country that has a Buddhist and Shinto rather than a Christian core, I have to admit that they do a fairly good job with the trappings of the Christmas experience. Grocery stores and coffee shops start playing holiday music in November, and the selections are way better than the Wham! / Mariah Carey rotation that has become the American Xmas soundtrack. There aren’t any Miracle on 34th Street department-store Santa Claus events here, but shopping malls still try to deck the halls with ornament-laden Christmas trees and strings of lights. Some towns even light up entire streets with Christmas cheer.

This being Japan, the locals have put their own spin on the holiday season. Kentucky Fried Chicken replaces Honey-Baked Ham, and instead of pumpkin and apple pies, you will have to make do with a strawberry-and-whipped-cream “Christmas Cake.” This year, Christmas falls on a Sunday, but it is typically an ordinary workday for the Japanese populace. I saw the MOS Burger staff wearing Santa hats a few days ago, which was a nice touch. But for the most part, Christmas is a standard though slightly festive day spent at the office, and later at home with family and friends.

One thing that is missing is Jesus. There are Christian churches in Japan, and some of them put on Christmas plays and concerts each year. But most congregations are small, topping out at a few dozen adherents. It’s hard to assemble an audience for your Nativity scene when all of the church members are playing wise men and shepherds. I have yet to see a crèche in any public setting. And to be blunt, it would seem out of place, since the typical Japanese citizen has only a passing understanding of the true story of Christmas.

Even when the birth of Christ is mentioned, the good parts get left out. Just a few days ago, my wife and I were watching Classic TV, an NHK show that examines classical and traditional music. In this episode, the focus was on Christmas melodies. They did a good job explaining the musical theory behind many popular songs. But when they discussed why these songs exist at all, the expert they brought in explained it this way (paraphrased).

The actual story of Jesus’ birth revolves around God’s plan of salvation for all people, and not on the hope that good luck will show up on any given Christmas Day. In the West, terms like “wise men,” “no room at the inn,” and “manger” generate a full scene in our minds of that first Christmas, even for those who don’t accept its historicity. But the youth of Japan didn’t grow up hearing about Christ’s birth, so it’s not surprising that they would draw unrelated conclusions from a quick glance at the text.

Even for atheists in the United States, the Christmas story is well known thanks in part to Linus van Pelt’s recitation from the book of Luke in A Charlie Brown Christmas. Beyond that classic animation, American TV offers a loop of morality plays between Thanksgiving and Christmas that try to invoke the spirit of the season: It’s a Wonderful Life, White Christmas, all of those Rankin/Bass stop-motion stories about Rudolph and elves who want to be dentists, and even How the Grinch Stole Christmas. Most of these are difficult or impossible to view in Japan in part because the Christmas stories of Jesus, Santa, and George Baily have rarely been told here.

What Japan does have for Christmas is shopping. It’s not as crazy as in the US, where so much annual spending happens between Black Friday and Christmas Eve. Japan does have a year-end shopping season called seibo (歳暮), but it is balanced with a similar event in July named chūgen (中元), so there is not as much urgency for stores to play catch-up in December. That being said, shopping is still a participant sport here, and stores are eager to provide whatever Christmas gifts customers are willing to buy.

One shocking thing about Christmas in Japan is how abruptly it ends. By the time you rub the sleep from your eyes on Boxing Day morning, many stores have already shed all vestiges of the yule tide, and replaced Bing Crosby and Eartha Kitt with Michael Jackson and ABBA. The traditional Christmas holiday lasts twelve days, up through “twelve drummers drumming” on January 5. But in Japan, you have to be content with a partridge in a pear tree, and then it’s over. This change happens in part to make room for the New Year’s festivities just a week later. But it is also clear that Christmas is a foreign, imported event that, while fun, isn’t a core part of the culture. It’s fun to sing “Jingle Bells” and drink gingerbread lattés at Starbucks. But it is clear that those are a thin, momentary decorative flourish that augments the deeper, underlying society.

So, to summarize, Christmas in Japan puts the focus on winter decorations, seasonal songs that discuss sleigh bells and heartbreak from last year, gifts shared with friends and family, and a populace that isn’t really interested in the Baby Jesus. Because of this, I have found the Japanese version of Christmas to be surprisingly familiar, since these things are more or less what you find in America’s modern version of the holiday.