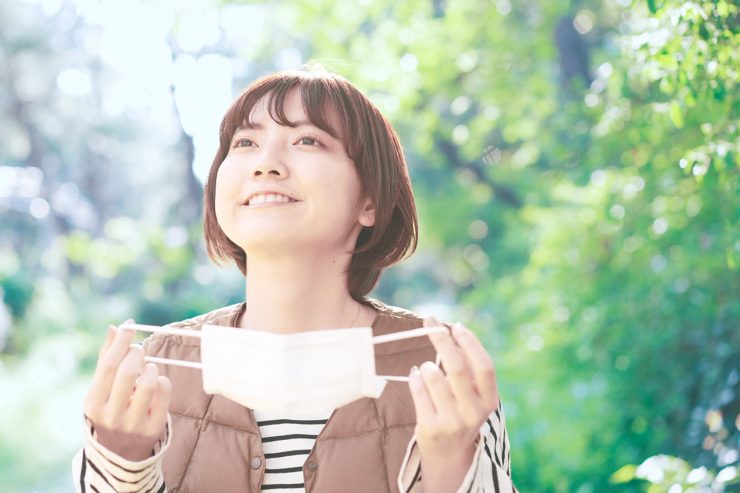 As we approach the fourth year of this *!&$# pandemic, it’s a good time to start asking how we are going to get out of it. The vaccines and medicines, while a step in the right direction, haven’t cured us yet. I still have hope that scientists will eliminate this scourge, and cancer while they’re at it. But while we wait, can we do something about all these masks?

Back when this virus first appeared, I was begging for a mask. But these days, I am so sick and tired of wearing them and seeing everyone else wear them. I understand that they help prevent the spread of the disease. I’m not one of those crazy Americans who thought masks were a Communist plot or that Ivermectin could eliminate brain tumors and regrow hair. Even now, I wear my mask anytime I enter a store or public gathering place.

The Japanese government weighed in on the mask-wearing issue earlier this year, with the Ministry of Health, Labour and Welfare stating for the record that we don’t need to be so zealous. Their web page dedicated to masks includes this helpful, paraphrased advice.

Basically, if you are outside or not too chummy with others, you don’t need to wear a mask. But here’s the thing about everyone in Japan: they do the exact opposite. While there are exceptions, the vast majority of people I see walking outdoors by themselves are still wearing masks, despite authorities asking them not to. I even see people by themselves in cars with the windows rolled up wearing masks. That doesn’t make any sense.

What is worse is when people should wear masks, but don’t. At any coffee shop in the afternoon or izakaya in the evening, you will see tables filled with maskless friends and colleagues, all talking and laughing and exhaling and having a good time, ensuring that the present eighth wave of infection keeps rising and rising.

If people are doffing their masks in the most dangerous settings possible, why can’t they remove them while walking their dogs under the blazing sunlight? The disparity has to do with trust.

Sociologists keep reminding us that Japan is hierarchical in structure, with relationships built on concentric circles. The closer you get to the innermost circle, the more trusting and casual the relationships. For those in distant circles, trust must be earned, though for the outermost circle that borders on the impossible.

When four middle-aged women get together for an afternoon coffee-and-cake set at the local Doutor Coffee shop, you can see that they all trust one another, that they are part of the same, fairly small concentric circle. At this level, I suppose they trust each other not to carry communicable diseases. Such trust is misplaced when Omicron is in the air, but no amount of science will break up these tea parties.

When they trudge home a few hours later to their families on nearly deserted neighborhood streets, they keep their masks tight across their faces, lest any stray COVID parts fall into their mouths from passersby. That won’t happen, of course. One paper I read estimated that more than 99% of all coronavirus infections occurred indoors, and that the tiny number of outdoor transmissions happened when people were talking face to face in thick crowds. But again, it’s not about science, but about the kind of trust you have with those in more distant concentric circles.

These patterns of trust show up across the spectrum of personal and business transactions. Take real estate. If you visit some of the major home-shopping web sites like Suumo or Lifull Home’s, you find lots of properties that include no interior photos of the houses or apartments. I asked a real estate agent about this, and he said it was about trust. Sellers were convinced that thieves were lurking around these web sites just waiting to rob those who thought it would be wise to show the product being sold. Home buyers exist in one of the more distant concentric circles and therefore are not easily trusted. Yet YouTube hosts numerous home-tour videos, perhaps because subscribers to one’s channel are by default more trustworthy than the general public.

This leads us back to masks. We still wear them because we don’t trust that those around us are sufficiently responsible during this pandemic. My worry is that, as creatures of habit, we are going to get stuck in this mask-wearing pattern well beyond its necessity. Most Americans have burned their masks. Of course, infections still occur in the US, but at least for the past several months, Japan’s daily infection rate, when adjusted for population differences, has exceeded that of America. Some psychologists are already sounding the alarm over young children who will grow up in a world where faces are hidden the majority of the time.

Americans have probably gone too far with their mask-phobia. It is not yet time to abandon them completely. But here in Japan, we should adhere to the general advice issued by the Ministry of Health. From a scientific perspective, there is no reason to wear a mask outdoors when taking a solitary stroll. In the world’s safest industrialized country, now would be a good time to extend a bit more trust. 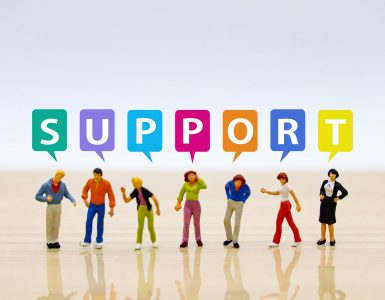