What Should Japan Do About North Korea? 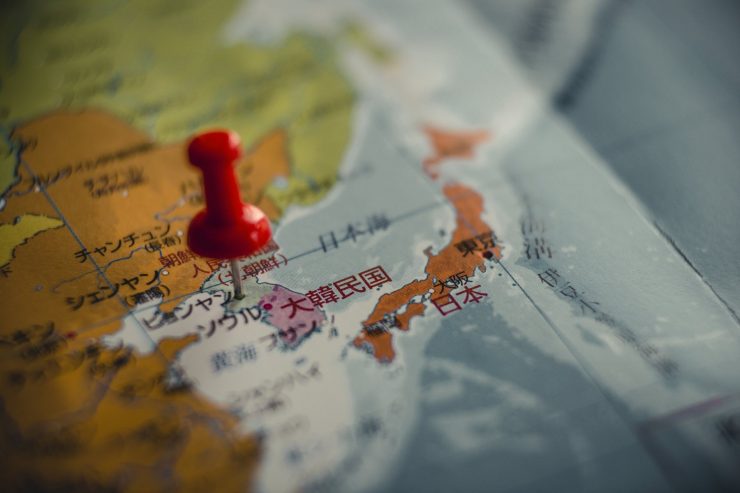 Earlier this week, North Korea launched a series of ballistic missiles, including one that sailed high over Aomori Prefecture, at the north end of Japan’s main island of Honshu. I visited Aomori just last week. It’s a beautiful part of the country, famous for its apples, its annual Nebuta and cherry blossom festivals, and its record-breaking snow. It also hosts one of Japan’s key military bases, on the coastal town of Misawa.

What was Kim Jong-Un’s purpose in firing off yet another missile? Was he trying to rattle members of the Japan Self-Defense Forces by directing the projectile so close to a military base? Or was he perhaps attempting to prove his nation’s desperate need to defend itself against apple farmers? Give me a break. Actual adults understand the level of emotional and leadership immaturity required to repeatedly hurl millions of dollars of military hardware into the sea while his nation’s population grapples with limited food, outdated medical care, and political brainwashing.

Unfortunately, despots aren’t going away anytime soon, and these days, the Eastern Hemisphere sure seems to have a lot of them. Given that one of these aggressors keeps directing his tantrums toward Japan, what should its leaders do to deal with the neighborhood bully? Some say that we only need to “give peace a chance.” Others think we should treat North Korea with more respect as a nation-state. But we tried stroking Mr. Kim’s ego before, and it didn’t change anything. As history makes clear, appeasement or threat-denials never resolve the underlying issues.

I am not an expert in geopolitics, nor have I been in Japan long enough to fully grasp the underlying complexities of intra-Asian diplomacy. But recent world events have highlighted some general methods that countries can use to better grapple with external threats. In pondering how the nations of the world have dealt with the Russia-Ukraine situation as well as with growing regional concerns about China’s long-term intentions, three behaviors come to mind that Japan can incorporate into its defense posture concerning North Korea.

When Russia invaded Ukraine’s sovereign territory earlier this year, it was amazing to see how the countries of the world stood in unity against Putin’s attempted land-grab. Most impressive was the near-immediate halt of international “SWIFT” banking transfers between Russia and other nations, as well as the suspension of most trade with Russia and its industries. Putin was able to use monetary policy tricks and ongoing sales of his country’s fossil fuel resources to blunt some of the economic pain. But with so many countries unified in their opposition to Russia’s invasion—and in their general support of Ukraine—the fallout from Putin’s military adventure will impact Russia for years to come.

When thinking of North Korea, the unity of the Japanese people and its leaders is paramount. Such unity isn’t always necessary to thwart an aggressor, and there is no guarantee that such unified resolve with be enough to overcome the threat. But like-mindedness does make it easier to push through to a resolution. America came about, in part, due to such unity. The original thirteen colonies had their disagreements with each other, some of which led to a bloody civil war. But in the late eighteenth century, they were able to muster enough unity to stand up to Great Britain, at that time the most powerful nation on earth.

Thanks to its maltreatment by the Kim family over the past seven decades—especially in the abduction of Japanese citizens during the 1970s and 1980s—Japan is generally united in its irritation with North Korea and in its desire to end that nation’s radical military behavior. However, Japan does not yet present a united plan for how to deal with that rogue country. In part, this is due to North Korea’s general craziness; even the United States vacillates between carrots and sticks. Coming up with a coherent, consistent plan is probably the most difficult of the three themes presented in this article. But it is absolutely vital when dealing with ongoing threats. Whatever Japan decides to do, it should work to ensure broader agreement internally and among its allies.

Once a nation establishes a unified policy for dealing with any complex situation, it needs to communicate that policy clearly and consistently, especially when other countries are involved. I wasn’t paying as much attention to Ukraine back in 2014, but issues of clarity may be part of the reason why its response this time around is so much more effective. I expect that the politicians in Kiev were opposed to Russia’s 2014 annexation of Crimea, but their military inaction sent mixed messages. That is, the gap between what they said and what they did made everything unclear, leading Russia to believe it could claim new regions whenever it wanted.

Once Japan establishes a unified message concerning North Korea, I expect it will be adept at communicating that vision clearly and directly. Documenting and following through on prior decisions are things that Japanese society already does quite well. Reaching consensus here can take a long time. But once consensus happens, everyone communicates and acts in line with the common goal.

Knowing what you want and stating it clearly are great. But you also need the ability to follow through. If those who oppose you think that you are powerless to do anything about their actions, they will often try new ways to impose their will on you, either incrementally or, as Russia did earlier this year, in the form of a sudden, bold attack.

Political leaders in Japan have been struggling with how much authority it requires on the world stage. In general, Japan has done a better job than Germany at understanding its place in the post-war world. But the heated legislative arguments that have taken place over the past decade concerning Article 9 of its constitution (which officially repudiates war “as a sovereign right”) have shown that there is still some inner conflict on the matter.

The typical American, I expect, would say that Japan should update Article 9 to state clearly that it can defend itself militarily. As a foreigner living here, I have avoided taking a specific stance on the issue. As mentioned above, it all hinges on the unified message the nation decides to communicate. If, for example, Japan would use the resources of its self-defense forces against North Korea in the event of an unprovoked attack by that nation, then it should establish the authority for such a position in law. Otherwise, there may be a delay in the ability to follow through on its decisions.

Japan may instead decide to rely primarily on the military protection provided by its allies, especially the United States. That’s fine; again, I’m not taking any specific position. But whatever plan it unites on, it needs to not only communicate that clearly, but also to ensure that it has the means and authority to follow through on its decision should the unthinkable happen.