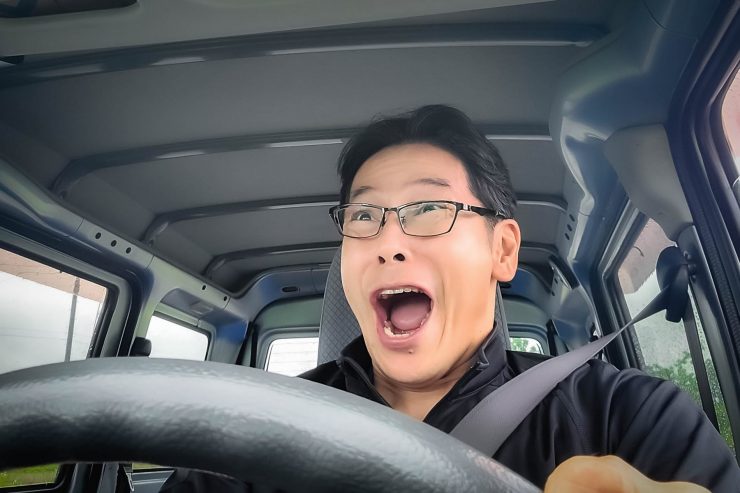 There are many ways to research car accidents in Japan. The method I chose was experience one first-hand. It happened just over a week ago, when another vehicle struck the back of my car. I’m fine; thanks for asking. In fact, everyone was fine, as the crash was at a very low speed, with only minor damage to each vehicle. But this was my first traffic accident in Japan, and the entire time I kept asking, “What is the right thing to do?”

The first thing you should do is prepare in advance for an accident. My high school chemistry teacher often said, “Accidents are planned.” He wanted to ensure we didn’t do anything stupid with dangerous chemicals, but it also conveyed an aspect of preparation. The following items were needed just after the accident and should be prepared in advance.

One thing that wasn’t needed, at least for this minor accident, was the insurance-friendly camera that came with my car. It constantly records out the front windshield whenever I drive, and probably retains many hours’ worth of video on its memory card. Since my car was rear-ended, there was no point even checking the footage. But many cars have these, so peruse the recording or swap out the memory card if you need to confirm what happened.

Right after the other driver ran into my car, he suggested that we pull into the nearby convenience store parking lot. He then started bowing deeply, saying how sorry he was to have caused the accident. He immediately called the police so that they could document everything. While we waited for officers of the peace to arrive, we exchanged business cards. Then he apologized some more. In the United States, you are told never to admit fault, even if it is obviously your fault. This was the first of many differences I encountered throughout the process.

Two traffic officers arrived about five minutes later. They asked each of us for our IDs, and to describe what happened. Although I was driving, my wife did all of the talking, which worked out great. If they had relied on me for the details in Japanese, I would probably still be standing in that parking lot.

One of the officers then wrote up a summary of what happened. If we wanted to add something else, we could visit the nearest police box (koban, 交番). What surprised me was that a copy of the police report was not made available to us. There was no expectation that we would even want one. Perhaps it was because the accident was so minor, or maybe getting that report just isn’t a thing here as it would be in America. Instead, the officer asked us to write down the following.

He read off each of these items and waited for us to write them down. It seems that these identifiers are what we need should our insurance companies want official information. And speaking of insurance, we didn’t need to show any proof to the police that we had it, another thing that floored me. In the US, you can get a ticket on the spot if you don’t have proof of insurance, even if you are not at fault. Perhaps coverage isn’t required here, but why wouldn’t you have it?

My American friends are now yelling at their computer screens, trying to stop me. You are never supposed to let the other party select the doctor or repair shop. It’s a big conflict of interest, obviously. And yet, my wife and I both said, “Okay, that sounds fine.” Remember, this is Japan. The next morning, that shop put a shiny rental car in my driveway and said to expect my expertly repaired car back in about two weeks.

All in all, the experience was not that bad. I don’t want anybody to get into an accident, but if you are going to have one, I recommend Japan as the place to do it. On some discussion boards I frequent, there are foreigners who warn that the police are quick to blame them for the accident, or that the other party will try to extract as much money from them as possible just because they are gaijin. I guess such things happen, but not in this case. The police officers were completely professional, and the other driver was practically groveling for my forgiveness with no hint of condescension.

The most difficult part of this process has been the mountain of letters—a half dozen and counting—that my insurance company sent me to confirm that I was letting the other party handle things. I spent more time translating these documents than I did at the scene of the accident.

People drive a lot slower in Japan than in America, and with more care. So, it doesn’t surprise me that I rarely see car accidents here. But if my experience is any indication, when a fender-bender does occur, everyone will work together to resolve issues as painlessly and as easily as possible.