Is It Safe to Walk in Japan? 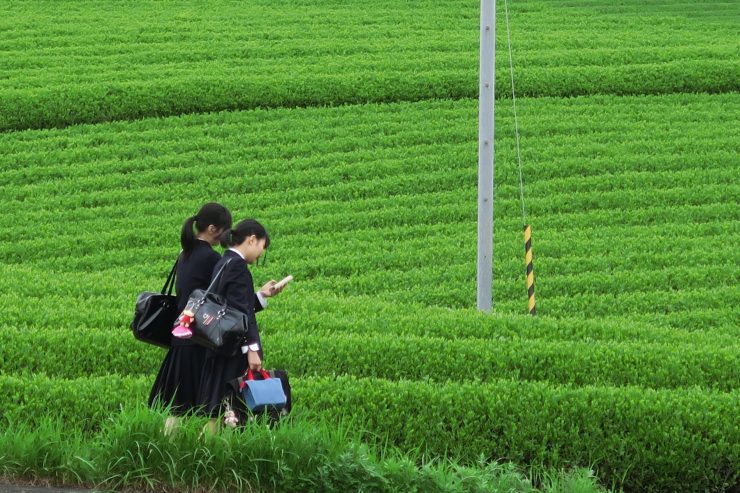 Japan is famously one of the safest countries in the world in regard to routine crimes. Whether you are strolling by yourself late at night through the heart of Tokyo or repeatedly forgetting your sizeable wallet on convenience store checkout counters, the likelihood that crime will happen to you is relatively low here in Japan. But there are other types of danger lurking about.

Natural disasters are, of course, a constant worry here, be it earthquakes or tsunamis, or both at the same time. But when it comes to everyday, mundane dangers, I would say that your biggest worry is walking. Not just any type of walking, but something called nagara aruki, which literally means, “walking while….” In English, we call this “distracted walking,” and just like sushi, it is very popular here.

Cell phone screens represent the biggest distraction. I have also seen people reading comic books while moving though a crowd or descending a long staircase. I even saw one businessman taking notes—pen on paper—during a Bluetooth-enabled phone call, all while he was walking just a few feet from the edge of the train station platform. The Japanese take their distracted walking very seriously.

Last year, an association of Japanese traffic accident lawyers conducted a survey of 3,000 residents, asking them about their aruki sumaho habits, a subset of distracted walking that focuses on smart phone usage. A full thirty percent admitted to looking at their phones for at least three seconds while walking, with nearly half of that group doing so on a daily basis. Some respondents even claimed to do this ten times or more per day, every single day. Despite these numbers, less than a tenth said that looking at their screens had caused them to bump into someone or something else. Like they’d even notice.

The thing is, Japan has long had standards for avoiding such dangerous strolls. On one of my very first trips here back in the 1990s, a local resident taught me that I should never drink a beverage or eat an ice cream cone—or a four-course meal for that matter—while walking. To do so was to risk bothering those around me, and finding ways to avoid meiwaku (being a bother) is a distinctive cultural habit in Japan. That is why I am constantly surprised at how nagara aruki has taken the country by storm.

In 2020, the small town of Yamato in Kanagawa Prefecture, just west of Yokohama, became the first municipality to pass an ordinance against distracted walking. Similar laws rolled out to other cities soon after, including several districts within Tōkyō proper, although those initial laws did not include penalties for violators.

Time will tell if these regulations have any impact on public safety. I haven’t yet seen anyone stopped by a uniformed officer for using Line while in motion. If you are reading this article while walking through a busy train station, STOP!