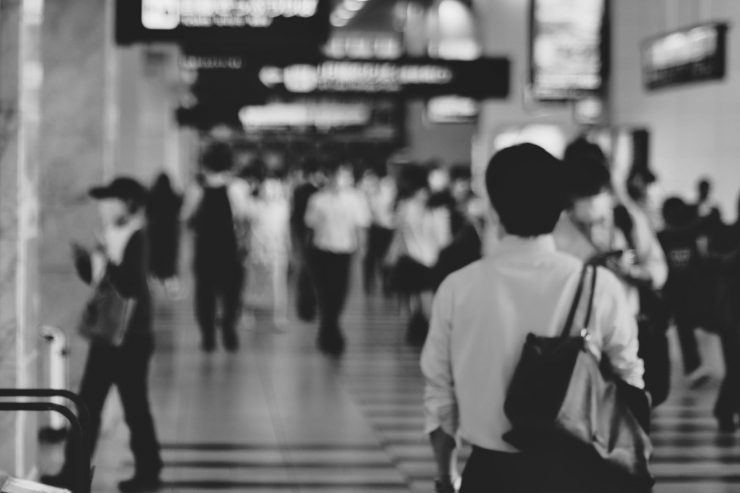 The first time I flew into Japan, my initial thought as I looked out the jumbo jet window was, “Wow, the roofs are all so blue.” This was back in 1991, and the flight path to Narita passed over homes that were topped with totan, corrugated metal roofs common in rural areas. These roofs come in a variety of colors, but Narita-area residents were really drawn to blue. It all seemed so exotic.

This otherworldly view of Japan is a typical reaction of those looking in from afar. From manga and anime to the preference for raw fish, the image foreigners get of Japan is that it is just so different. A corollary to that viewpoint is that those arriving from elsewhere can’t possibly fit into Japan’s systems. It’s a perspective sometimes shared by the native population. After all, one common Japanese term for a foreigner, gaijin (外人), literally means “outsider.”

A few months ago, I posted an article describing how the honeymoon phase of my relationship with Japan was over. As you might expect, that entry wasn’t particularly lighthearted. And yet, it wasn’t all tears and sadness. Honeymoons can’t go on forever. At some point, the excitement of a relationship gives way to the realities of everyday life. That is, things change from exotic to normal.

In the months since that article appeared, my sense of normal has grown. Thanks to the coronavirus, I can still look forward to doing some domestic tourism that I had to postpone. But apart from those vacation experiences, everyday life here has become common, routine, sometimes even mundane. And that’s a good thing, not just for me, but for the Japanese citizens I interact with on a regular basis.

The sense of exotic, it turns out, is a two-way street. Blue roofs and kimonos weren’t things I grew up with, and my eyes were wide with each new thing I saw. But this was also happening for Japanese people encountering me for the first time. A few weeks after seeing those blue roofs, I was in my wife’s hometown when a five-year-old boy ran up to me, stared me in the face, and exclaimed to his nearby friends, “hontō da!” (“It’s really true!”)

I’m sure he thought I was exotic, with my “cat’s hair” and my “tall nose.” But not everyone thinks meeting me is cool. Sometimes it brings pressure. You see it in the eyes of store clerks when I walk into a shop. “Oh no! A foreigner who doesn’t speak Japanese!” As I become more normal—as I start to overcome my own fears of stumbling through a simple conversation with a store worker—it reduces the pressure on both sides. I have literally seen the tension dissipate in a shopkeeper’s face when they hear Japanese come out of my mouth, broken though it may be.

Obviously, I have a long way to go to fit into Japanese society. I expect there will always be some barriers and limitations, mostly placed there by my cultural ineptness and so-so language skills. But as each day passes and I stumble just a little bit less, I can see a time, perhaps not too long from now, when I won’t be that exotic gaijin, but will be just an ordinary local resident. Maybe I’ll even paint my roof blue.