Save Time Filling Out Forms in Japan 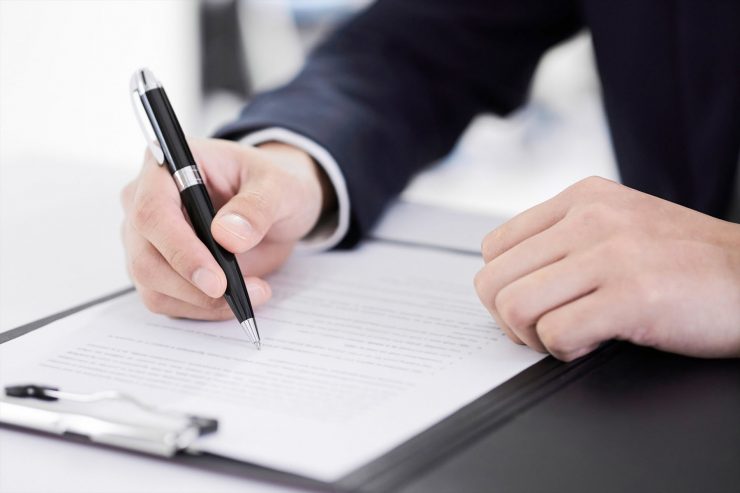 They say that the only sure things in life are death and taxes. In Japan, another thing you can be sure of is that those two will come with a lot of paperwork. And not just those two big life changes. Whether it’s getting a library card or picking up an item you accidentally left on a train, chances are you will be filling out some routine document with your name, address, phone number, and more.

While you can’t avoid these forms, there are a few ways that you can complete them faster. Some of these tricks exist in English as well. Let’s start with one I like to call, “The Mystery of the Missing Information.”

That’s Not Applicable in Japan

When you are completing a form in the United States and one specific question doesn’t apply to your case (for example, “What date did you get married?” asked to single people), you can simply write “N/A.” This convenient shortcut conveys the idea of “Not Applicable” or “Not Available.”

In Japan, the equivalent term for N/A is “該当なし” (gaitō nashi). A literal translation might be, “corresponding to that—NOT!” since nashi means “not.” As for when to employ this term, that’s probably a case-by-case thing. Even in English, when I come across a question that asks if you’ve ever been pregnant, I’m not sure if the intern going through the stack of forms is going to realize that I left that I checked “M” earlier in the form.

I’ll Deal with that Later

Similar to the not-applicable response is the one that defers an answer. This is the to-be-determined option, represented in English by the straightforward abbreviation “TBD.” In Japanese, the term to use is “未定” (mitei), which means almost exactly the same thing: “not yet determined.” I haven’t had a chance to use this on a Japanese form yet, but all of the best form-filler-outers employ it.

But I Repeat Myself

A common trope on forms that request personal information is the dual-address set of questions. For example, you might be asked for your home address followed by your mailing address. In English, you can write “Same as above” or just “Same” for the second entry. In Japanese “同上” (dōjō) means “same as above.”

You can also use “同左” (dōhidari) to indicate a “same as to the left” situation. Whatever you do, don’t write 同下 or 同右 for “same as below” or “same as to the right,” respectively, as they aren’t real terms. The form might even catch on fire if you try.

This Address is Too Long

The last timesaver is one I use all the time. Addresses in Japan can be long and unwieldly, especially if writing names in kanji isn’t your forte. Fortunately, there is a way to reduce the pain, a method that I see the native population employing all the time.

If you are writing your address for an organization or agency that is tied to a specific location—such as a city hall or a store with just a single location—you can often remove the portions of the address shared by you and the location. For example, let’s say you lived at the Don Quixote store in Ikebukuro. I personally wouldn’t live in such an eclectic store, but perhaps you do. Here is the address.

The closest city hall to this address would be the Toshima-ku ward office for Tōkyō. If you need to visit that office and write your address on some form, you can omit the Tōkyō and Toshima-ku portions, since by default people who fill out forms there are from that same Tōkyō ward. Here is the short version.

That’s much quicker. I also replaced the 丁目 (chōme) portion with just a hyphen, which is another common abridgement, although I tend to keep that portion as it is when filling out government documents.

At the municipal office, you can make the adjustment without getting permission. For local businesses, you should probably confirm whether it is all right to use a shortened address. Before setting pen to paper, ask the staff something like, “住所は西池袋からでもいいですか” (jyūsho wa Nishi-Ikebukuro kara demo ii desu ka). Replace the underlined part with the portion you think should be included first.

These shortcuts might only save you a few seconds here or there. But over the course of a year, those seconds can really add up. The next time you find yourself confronted with a long, dreary form, consider one of these quick ink-savers.