The Coffee Shop Experience in Japan 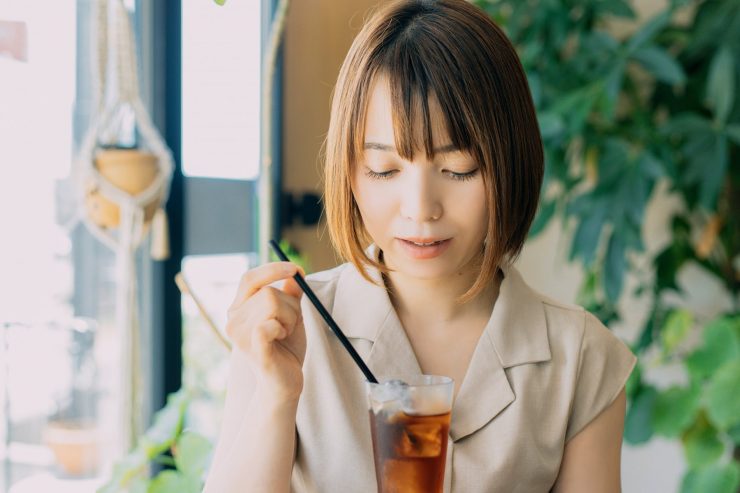 I lived for a time in Seattle, where you can’t throw a rock without hitting a software company or coffee shop. As a result, I’ve spent a lot of time typing on my laptop with Frappuccino blenders echoing in my ears. Here in Japan, we have some of the same coffee shop brands, including those that were transplanted directly from Washington State. So, I expected things to be pretty much the same. It turns out that not all java joints are created equal.

As expected, Starbucks is the biggest coffee chain in Japan, but second place is held by a local contender, Doutor—I’m sitting in one right now. Out of the top ten brands, all but one developed domestically. That foreign holdout, Seattle-born Tully’s, is in the top five here even though it no longer has as much presence back in the United States.

But you didn’t come here to get a stock report. Let’s discover how these Japanese coffee establishments differ from American shops.

Coffee Shops are for Women

There is no way to sugarcoat this: Most customers in Japanese coffee shops are female. And by “most” I mean well over ninety percent. If you walk into almost any coffee establishment and cast your eyes at the tables, you will see them filled with members of the fairer sex. You do find a few men sitting around reading the paper or working on a laptop, and to-go orders are more evenly split between boys and girls. But when it comes to sitting down and drinking a cup of joe or gobbling up some cheesecake, that job in Japan is handled by women.

I don’t know why this is, but I suspect it stems from the culture of kissaten (喫茶店), local tea and cake shops that predate modern coffee chains. In a country where few people entertain in their own homes and (especially decades ago) men were stuck at the office for most of the day, the kissaten offered a place for women to meet with their friends and enjoy a light snack. Kissaten still exist today, but they are outnumbered by the big brands.

Decaf will Cost You—If You can Find It

Decaffeinated coffee isn’t as common here. Starbucks has it, but you must pay an extra fifty yen to switch out the regular blend. There are some brands here that don’t stock the less-powerful option at all. Even at shops that offer decaf, many stores only allow you to order it in ways that area already listed on the menu. That is, you usually can’t say, “Please make that one with decaf.” (Starbucks is the exception here; they will upgrade most drinks to decaf.)

This limited handling of decaf products extends to the ordering language as well. When I first arrived in Japan, I tried to order decaffeinated coffee by verbalizing various pronunciations of “decaf” or “no caffeine.” What I needed to say instead was a faux-English word: caffeine-less (カフェインレス). Most shops I went to accepted this term, but baristas at Starbucks would pretend that they had never heard of such a thing. Instead, you needed to say “décafé” (デカフェ) to get the lighter option from Japan’s biggest chain. Now, years later, it seems you can use these two terms everywhere, but you still can’t say “no caffeine.” That’s English.

Apart from 50s-style diners, free refills are more and more uncommon even in America. But if you aren’t going to start with a venti—or even if you are—chances are good that you will eventually ask the staff to top off your drink during your stay. Prices aren’t too bad—I think a refill of basic Starbucks coffee was fifty cents the last time I was in America.

You can get a refill at some places in Japan, but it’s a lot rarer than in the US. And it will cost you. You might need to pay full price for what is essentially a brand-new order, although I went to a place earlier this week that offered refills for half price. When I do a bit of people watching here, I see that they either nurse their drink for hours or gulp it down and leave the place five minutes later. Those two habits don’t leave much space for seconds.

Display cases at many coffee shops offer an array of single-serving cakes and donuts, just like they do in obese America. But if you are hungry for something savory, you can add a plate of pasta to your drink. The flavors veer Western, with lots of tomato sauce and pesto, although you can usually order spaghetti with a creamy cod-roe sauce if you want. Simple ham-and-cheese or tuna sandwiches are also popular, as are hot dogs.

Smoking used to be a big thing in Japan. A few decades ago, my wife and I asked to sit in the non-smoking section of a restaurant. This place seated probably 100+ customers, but non-smokers had to make do with a half-dozen seats in the back corner by the restrooms. But times and habits have changed.

Today, most food establishments are smoke-free—except for coffee shops. Doutor is famously tobacco-friendly; my son and I used to call it the “Smokes-a-Lot Café.” But as norms have changed, so has smoke-abating technology. Back in the 1990s, it was sometimes hard to breathe even in non-smoking sections thanks to the thick, gritty air. But today, I can sit right next to the smoking-room door and not detect any hint of that foul weed.

See you Tomorrow, but Please Sleep In

One thing I liked about coffee shops in America was the schedule. If I needed to do a bit of quiet reading before heading to the office, I could usually find some place that opened by 5am or 6am. Barring that, Denny’s was open all night long, and offered bottomless, cheap coffee.

Here in Japan, coffee shops open relatively late. Going out for breakfast isn’t a cultural mainstay—a lot of shops that have breakfast menus don’t even open until 10am. It’s the same with coffee chains. I have seen some locations that open at 7am, but it’s also common to see a coffee shop remain shuttered until 9am or 10am during the weekdays, and even later on weekends.

Clearly, coffee culture in Japan is different from what I experienced in the West. The lack of coffee and open hours does seem like an inconvenience. And yet, in general I like the Japan coffee shop experience better. One thing I haven’t mentioned yet is service. Japan is famous for its attention to service, and coffee shops are no exception. A place like Starbucks won’t vary that much from what you get back in the US. But other shops, especially from smaller or single-location companies, provide the full Japanese service experience—and do so with no need to tip the staff.

Plus, the cod-roe pasta is pretty good.