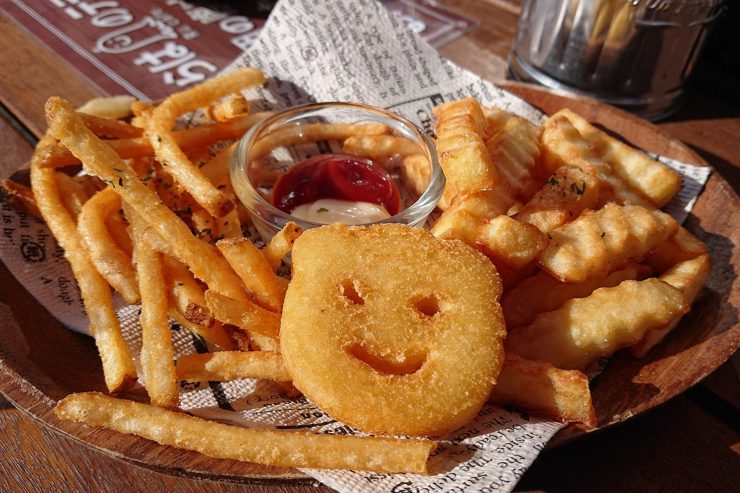 So, you want to overcome your fear of speaking. I have some good news and some bad news. The bad news is that I’m not referring that kind of speaking, the kind of victory that Japanese language learners crave. I myself have been hovering around the intermediate level of Japanese for more than a decade, and even after living in Japan for a few years, I still approach every shop clerk with fear and trembling, wondering what fresh mistake I am going to make this time. So, no help there.

However, if you want to gain mastery over your fear of public speaking, then this is the article for you. I learned just this week from a Japanese friend the tried-and-true way that people here defeat their public-speaking fears. If you have a pencil or pen, get ready to write this down. The secret is: Pretend that everyone in the audience is a potato.

Yes, a potato, or more specifically, a jaga-imo (ジャガイモ), the Japanese word for Idaho-style spuds. My Japanese wife tells me that kabocha squash works equally well. Regardless of which tuber or gourd you choose, the goal is to see your audience not as thuggish brutes ready to trip you up, but as roly-poly produce, the kind that can be sent careening away with just the flick of your finger.

Apparently, this really works, as I have noticed that Japanese people are always ready to give a presentation without going into panic mode. There are many TV variety shows here where someone famous will wander around a rural community and interview whomever they encounter. I am always amazed at how every single person is ready to hobnob with the stars, with the full understanding that their dialog will be broadcast on national TV. Apparently, all famous people in Japan look like potatoes.

When my friend mentioned the ’tater thing, I let her know that in my country, we are taught to imagine all audience members sitting in their underwear. Her response? “That’s so American.” I don’t even know what that means.

I guess I can see how the underwear method might produce mixed results, especially if you haven’t nailed down the boxers-versus-briefs situation. Therefore, you might as well give the potato option a try.