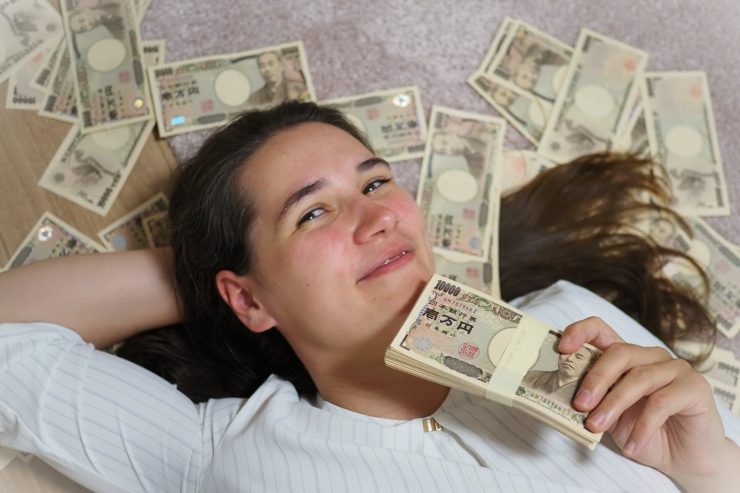 A few weeks ago, I posted an article about how the honeymoon phase of my relationship with Japan was over, triggered by an issue at my bank. Today, I wanted to share another banking concern that impacts immigrants, plus a suggestion as to how Japan can resolve the issue.

A core requirement of many grown-up activities in Japan is having a savings account. But there are some adults—law-abiding, financially stable Japanophiles—who not only don’t have a Japanese bank account, they are forbidden from getting one. These aren’t hardened ex-cons or members of the criminal underworld. Rather, they are ordinary immigrants approved by the Japanese government to reside in this country.

When I first relocated from America to Yokohama a few years ago, several banks refused to give me even a basic account, something that Japanese high school students with no money can acquire. I was finally able to get one at Yucho, the Japanese Post Office’s bank, but only after visiting a local branch three times, begging the staff to help me, and having the branch manager call the bank’s headquarters. Why was it so hard to put my own money in a bank account so that I could pay bills that Japan required me to pay?

Part of the reason stems from an overly strict reading of key banking regulations. The one that concerns us here (外国為替法令の解釈及び運用について) was enacted in 1980, part of a major revision of post-war banking standards. The text of the legislation includes definitions for residents—those who are allowed to have bank accounts, and nonresidents—those who cannot. Here is the portion that discusses foreigners.

Foreigners, as a general rule, are assumed to have no address or residence in Japan and are to be treated as nonresidents [for banking purposes]. However, for the following persons, their address or residence is assumed to be in Japan, and they are to be treated as residents [for banking purposes]: (1) Those who are employed at a company in Japan, or (2) Those who have been in Japan for more than 6 months.

The problem is that these banks are reading from the wrong part of this law. The initial sentence of this block lays out the standard: Those with “no address or residence in Japan” are nonresidents for banking purposes. The deciding factor is residency; residents can have an account, nonresidents cannot.

Instead of focusing on this yes/no question to determine account access, banks jump down to the latter portion of this text, the section that lists two specific examples of foreigners who are residents: those who work for Japanese companies and those who have been in Japan for a while.

The banks, by focusing on these limited examples instead of on the broader residency rule, exclude any legitimate resident who falls outside of the examples. That is, they exclude people like me. When I initially moved to Japan, I was officially employed by my company’s American headquarters. Because my work address was in the US instead of in Japan, the law’s first example wasn’t a match. And because I had been in Japan only few days, the second option didn’t apply either. Therefore, I was deemed a nonresident, and not worthy of a bank account.

Despite this reading of the law, I was in all other ways a fully approved resident of Japan. I had both an address and an official residence. It said so right on my Residence Card (在留カード), an immigration document I am required to carry with me at all times. If I didn’t have a residence, Japan would not have given me this card. “As a general rule,” they don’t issue Residence Cards to homeless foreigners.

Other government entities also considered me a resident. Everyone who lives in Japan, foreigner or not, is required to register their address with their local city hall, which I had done. The various tax agencies also had me listed as someone who should start paying his fair share. Then there was the National Health Insurance plan, which I started paying into from my first day in-country. The National Pension System was also trying to snuggle up close to my wallet, as were the utilities, cell phone carriers, and housing rental agencies with whom I had signed contracts.

All of these are indications of being an established resident. If I was truly a nonresident, I wouldn’t be able to do any of these things. If, as a tourist, I walked into the closest city hall and insisted that I pay residency taxes, they would laugh at me. Tourists and nonresidents don’t pay residency taxes. But I paid them. I paid a lot of them.

To demand that a person fulfill the obligations of residency but restrict them from accessing a bank account, one of the most necessary tools for acting on those obligations, is asking for trouble. Unable to use legal means of doing their duty, some immigrants might resort to risky or even illegal tools to engage in daily life.

So, how do we resolve this issue? Long-term, the best way is to update the law, to make clear the standard by which banks determine residency. In the short term, banks should be more flexible in how they read the relevant legislation. Financial institutions, including Yucho, should make resident-only accounts available to those who have been declared residents by Japan’s Immigration Services Agency. In truth, this is already happening. Although I had to beg for it, Yucho gave me that account a week or two after I arrived. Nobody got arrested for breaking the law because nobody broke the law. Instead, they took the more basic residency requirements of the law into account.

Banks should apply such flexibility without immigrants needing to beg and plead with local branches. While banks are still obligated to perform due diligence and must obtain the appropriate identity records for foreigners establishing bank accounts, it is time for these standards to be extended to all residents of Japan, no matter how long they have lived here.