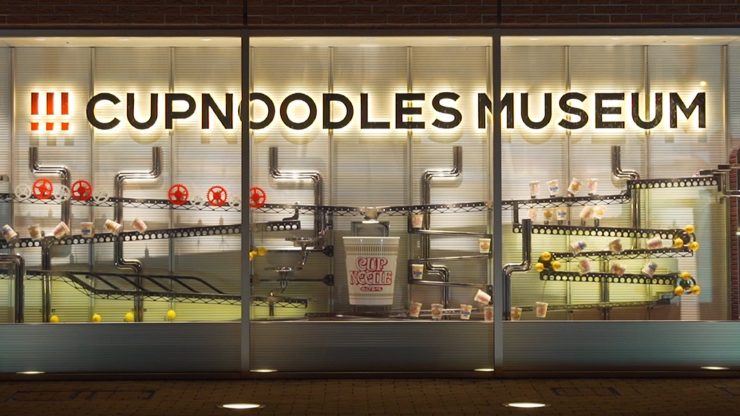 Japan is famous for its rich and enduring culture. And hey, you can’t just keep all that culture bottled up. You need to put it on display. What better way than to put some of it in a museum for people to enjoy. About three years ago, I visited the oldest and largest museum in Japan, the Tokyo National Museum (東京国立博物館). It was massive and chock full of amazing artifacts. The part I remember the most was a special exhibit in honor of the thirtieth anniversary of Emperor Heisei’s enthronement.

Also, there was art. Lots of art. Oh my word, there was just so much art, I thought some impressionist was going to jump out of a side hallway and start painting me. Art is great, but Japan is so much more than clay statues and woodblock paintings. Fortunately, once you manage to find your way out of the massive Tokyo Museum, there are an incredible number of other museums to see around Tokyo and the entire country.

I had a chance to visit three of these small, local museums in Yokohama, two of which were run by private organizations. Naturally, they weren’t as majestic as that national museum back in Ueno Park, but I found them to be just as culturally significant. And here’s the thing: there are thousands of museums spanning the island nation. The Japan Association of Museums pegs the total number at more than 5,600 facilities (2008 numbers), with nearly a thousand of those in private hands. Even if you, like me, aren’t that into the fine arts, there are bound to be dozens—even hundreds—of museums that will interest you.

The first of the little museums I visited was the Yokohama History Museum, a local history facility run by the second largest city in Japan. The museum is located in the city’s Tsuzuki Ward, about a 25-minute train ride from Yokohama Station. When I visited a few months ago, they had a special exhibition on the history of the railroad system in the area. If you are a “train otaku,” you should absolutely visit before the exhibit closes on September 25, 2022. Apart from those railroad-related items, the facility’s permanent exhibit has some impressive dioramas and models representing local life over hundreds and thousands of years.

If you are feeling claustrophobic, you can visit the museum’s crown jewel, the Ōtsuka Saikachido Relics Park (大塚・歳勝土遺跡公園), a park and art center about a five-minute walk from the main museum. The grounds include excavations and ruins from Japan’s Yayoi Period, reaching back about 2,000 years. There are recreations of dwellings from that era that you can walk through, plus a reconstruction of a Tokugawa-era house that formerly existed on the property.

The NYK Maritime Museum is a private facility run by Nippon Yusen Kaisha (NYK), a large transport company with about 800 ships currently in service. The company itself is close to 150 years old, and the museum near the Yokohama waterfront tells its story through displays, videos, and artifacts. During World War II, the imperial government pressed the company into service, using its vessels for military transport and hospital ships. NYK lost 185 ships during the conflict, leaving it with just 37 post-war ships. The section of the museum that deals with this part of its history is quite moving.

The museum also runs the Hikawa Maru (氷川丸), a former luxury cruise ship that once made regular runs between Yokohama and Seattle. The ship is docked on one of Yokohama’s piers, and you can walk to it from the main museum in about twenty minutes, or take a five-minute city bus ride. Although this ship is tiny compared to liners such as the Queen Mary or today’s Carnival-style floating cities, you can still see what passed for sea-bound luxury in the first half of the twentieth century. The ship’s artifacts include photos of luminaries who made the Pacific crossing on the Hikawa, including Mark Twain and Albert Einstein.

The Japan Newspaper Museum, known colloquially as “Newspark,” shows the role played by the news media in Japan going clear back to the early Tokugawa period hundreds of years ago. The main focus is on newsprint since the late 1800s, and most of the museum’s two floors are dedicated to reprints of various front pages recounting major events in Japanese and world history.

One portion of the museum shows how news coverage changed under the imperial military government in the run up to World War II. As one would expect, newspapers came under strict censorship before and during the war, but the museum shows how journalists still tried to report the news accurately despite restrictions. This need continued after the war. While America’s post-war GHQ quickly pushed for press freedom in Japan, it couldn’t stop itself from dabbling in the occasional bout of censorship, preventing some news outlets from issuing stories unfavorable to the occupation government.

If you don’t understand the Japanese language, many of the displays at this museum will be difficult to interpret, although the staff does have English-language descriptions for all items in the permanent collection, available upon request. Even without knowing Japanese, you will likely enjoy the videos showing how advances in movable-type technology propelled the nation’s news industry forward. And then there is the massive two-story-high press that overwhelms the museum’s lobby. This is also one of the most affordable museum experiences around, costing just ¥400 (about US$3.00) for an adult ticket.

Just outside Newspark’s entrance was a display for other local museums, including the Yokohama Silk Museum, the Kirin Brewery Factory Museum, and the Nissan Global Headquarters Engine Museum. That display had over three-dozen brochures, a tiny sampling of all the museums you will find in Yokohama and throughout Japan. Whether you live here full time or are just coming as a visitor—Japan opened its doors again to tourists on June 10, 2022—be sure to include some little museums in your plans.