When the Honeymoon with Japan is Over 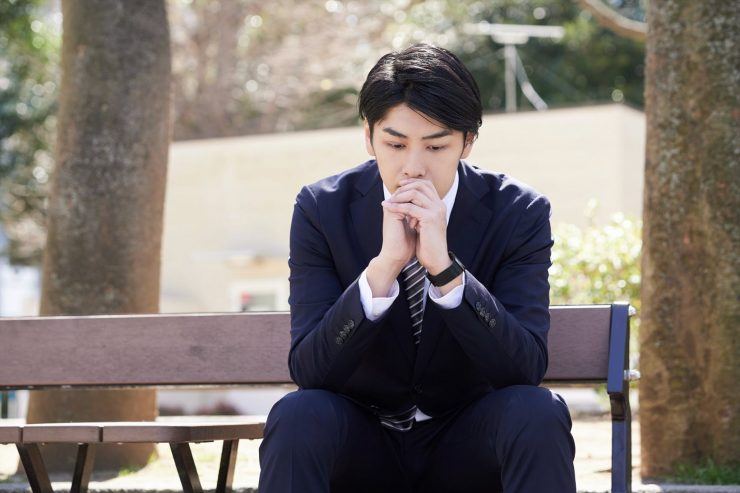 When foreigners first move to Japan, they typically enter the “honeymoon” phase. During those first months or years, “God’s in his heaven—all’s right with the world!” The food, the culture, the anime and manga, castles, bullet trains, Mount Fuji—the particulars of what is lovely and moving about Japan vary by person, but the impact during that initial stay is profound.

And then, invariably, it ends abruptly. The scales, as it were, fall from the eyes, revealing the shocking reality that Japan, for all its joys, is also a land where soul-crushing disappointments can happen. For me, the honeymoon ended this week, all triggered by a letter from my bank.

I could bore you with the details, but the short story is that despite having ample funds, a decent income, a history of paying all my bills and taxes on time, and a stable career that has spanned decades, I cannot get a debit card to spend my own money from my own bank account. When I called the misnamed “customer service” number printed on the rejection letter, I found that I wasn’t even worthy of being told the reason why. My bank, it turns out, has an entire unit set up just to tell people, “申し訳ございません” (“I’m sorry, it can’t be helped”). I cannot say for sure what the exact reason for my refusal was, but I do know this: My wife, who has no job, no income, almost no funds in her account, and no history of bills paid in her name but who is a Japanese citizen had no trouble getting her debit card from that same bank.

I am fortunate in that I had prepared myself emotionally for this day. While I very much enjoyed my honeymoon, I knew from friends and relevant articles that this kind of thing was bound to happen. But not everyone is so lucky. The end of the honeymoon impacts people differently. For some, it is a time to cut ties with this island nation. They quit their jobs, close their accounts, apply for a refund of their pension contributions, and catch the next flight home, never to look back.

For others, they opt to remain in Japan, but do so with bitterness and recrimination. I met one man from New Zealand many years ago who had lived in Japan for around fifteen years. After a messy divorce from a Japanese national, he stayed here solely to maintain contact with his son. But he woke up each day, frustrated to be stuck in a dead-end English-teaching job, knowing that eventually he would have to return to his homeland with little to show for it.

Both of these are dark options. But there is a third path, one that turns out to be very Japanese. This nation has a history of importing products and activities from other countries and integrating them into the Japanese culture. It is not simply acquisition: Japan improves these things and is itself improved by them. Train systems, foods such as tempura and katsu, even the kanji writing system; these things all came from other countries, but were transformed in the hands of Japanese artisans and engineers.

In this same way, overcoming disappointments about Japan is a matter of incorporating those events into your life. The hope is that you will grow and be improved by them. But even more, perhaps the difficulty itself can be transformed, for the benefit of others. I don’t know the first thing about the banking system. But I am already pondering whether this experience could somehow be used to help other immigrants someday avoid this same trauma.

Fortunately, there are alternatives to debit cards that I can rely on until my status permits native-level banking access. Just as in a regular marriage, the closing of the honeymoon phase makes way for a deeper and more realistic relationship, one that understands how difficulties can stimulate new ways of growing and learning. While the events of this week were indeed painful, they have also instilled in me a new purposefulness in my everyday life here in Japan.