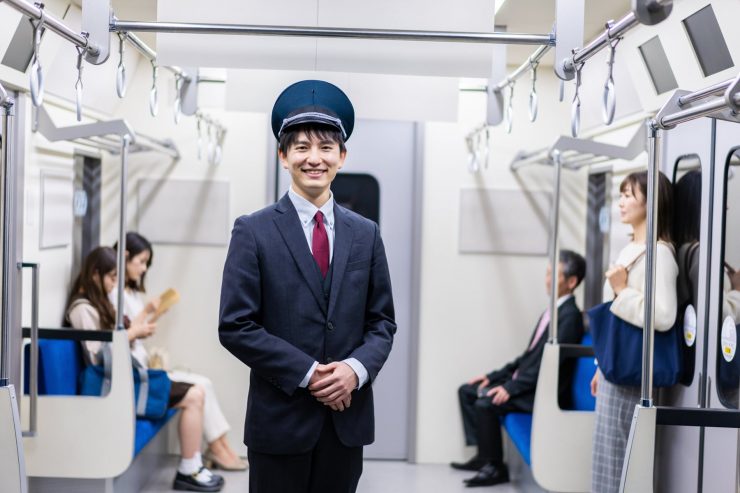 On the train line I ride most often, most of the stations are above ground. But there are a handful of underground stops with a tunnel on each end. I have noticed that at the stop just before the tunnel, the conductor will get off his perch, turn around to face the passengers through the cabin window, then suddenly lower the window blinds, completely cutting off rider visibility into both the driver’s cab and the oncoming tunnel. It makes you wonder: What sort of nefarious things are going on in that tunnel?

This doesn’t just happen on my local line. I have seen this secretive move repeated on various lines around the Tokyo metro area. These railway companies are some of the largest corporations in Japan—the powerful East Japan Railway Company is on the Fortune 500 list. Until I saw this window-closing maneuver, I never had reason to fear Big Rail. But there are just so many tunnels that are hidden from view. They even put security cameras up to make sure nobody walks into the tunnels. What’s up with that?

There is something of a bru-ha-ha going on right now with one tunnel. Central Japan Railway Company, one of the seven private JR companies created from the government’s sell-off of its transportation holdings in the 1980s, is constructing the new Chūō Shinkansen bullet train line between Tokyo and Nagoya. It was slated for completion in 2027, but Shizuoka Prefecture has denied JR permission to build a tunnel in a section of track that runs through its jurisdiction. They claim it has something to do with potential damage to an important local river, but perhaps they discovered the truth about these tunnels, and have decided to do something about it.

I needed to get to the bottom of this tunnel fiasco. By chance, I happened to meet an engineer for the line owned by the City of Yokohama—these train employees walk among us. I asked him point-blank about the window-shade maneuver. He kind of laughed and said, “Oh, that.” But he answered without hesitation, and I found, to my horror, that nothing bad was going on at all. In fact, it is all done in the name of safety.

The conductor’s cabin is surrounded with windows, giving them visibility around the train and into the passenger compartment. When the train enters a darkened tunnel, most of the light entering the front cab is suddenly cut off. The remaining light comes primarily from the passenger area. The problem is that in the dark, light from the main part of the car comes through the small driver’s window and then bounces off the large window in front of the driver. This reflection prevents the driver from seeing clearly beyond the front window. This reduced visibility might prevent the driver from seeing important signals of what may lie ahead. The best way to eliminate the reflection is to cut off the light source from the passenger car.

Well, that was boring. There are no secret cabals going on in the Japanese train industry, at least none that involve window blinds. The good news is that we can now all feel safe knowing that engineers are taking every precaution as they drive full steam into the darkened abyss of these tunnels.