The Most Non-Japanese Japanese Word 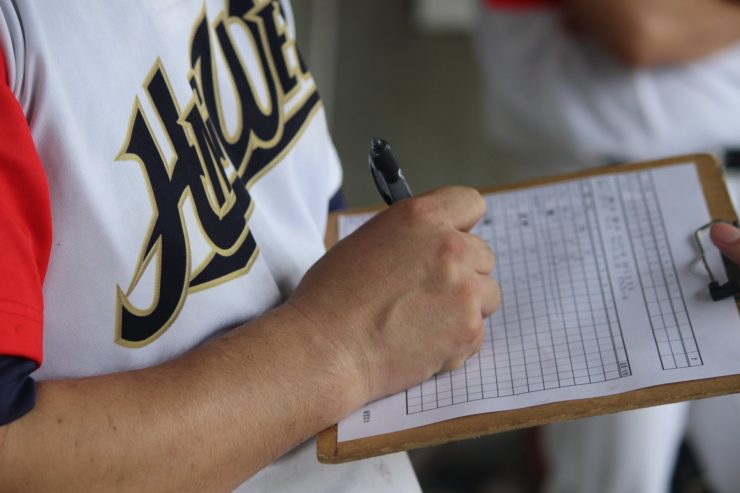 You probably didn’t know this, but the Japanese language can be difficult. Of course, the grammar is complicated. And don’t get me started on particles, the parts of speech that are the bane of every Japanese student. But even when it comes to vocabulary, that portion of language learning you think would be the most straightforward, Japanese keeps throwing curve balls at you.

One sneaky feature is gairaigo (外来語), the “foreign loan words” that pepper the language. These terms are often direct imports from other languages, including my personal favorite, English. Through this system, Japanese has imported words like sūtsukeisu (スーツケース, from the English “suitcase”), pan (パン, “bread,” from the Portuguese word pão), and bentsu (ベンツ, “Benz,” part of “Mercedes-Benz”).

Sometimes the origin of a loan word isn’t always obvious. The standard word for stapler, hochikisu (ホチキス), is named after a brand of American stapler that was available about a century ago, but is no longer on the market. I had never heard of Hotchkiss staplers, despite the brand having its origin in my own country.

For a while, it seemed that Japan was intentionally trying to obscure the sourcing of such words. Take tobacco—well, not literally. It’s really bad for you. But consider its Japanese variation, tabako (タバコ), which is the standard term here for cigarettes. Way back when, probably when the Hotchkiss stapler was for sale, this word was written as 煙草. These characters mean “smoke” and “grass,” so it’s in the ballpark. But the pronunciation doesn’t match those characters at all. Some language guru just slapped meaningful local characters onto an existing English term and called it a day.

This brings us back to the curve ball I mentioned earlier. Consider the Japanese word: プラスα. It rings all the right bells in terms of obscure foreign word usage.

The word is pronounced as purasu arufa, Anglicized as “plus alpha.” It derives from the English word “plus” and the first letter of the Greek alphabet. The Japanese use this expression to mean, “a little something extra,” as in, “If you have any hope of getting that job, you need plus alpha, that little something extra.” It’s a useful Japanese word that finds its way into everyday conversations.

Where does the word come from? There is some debate about that, but the most widely accepted story is that it derives from America baseball. After the first half of the ninth inning is complete, if the second at-bat team already has enough runs to win, the game ends immediately. In such cases, the second team’s ninth-inning score is recorded as “x” on the scoreboard. If the team had, say, seven other runs up to that point, their final score would be “7x.”

Apparently, some Japanese sports reporter in the late 1940s, upon seeing “7x” on the scoreboard, mistakenly read it as “7α,” using the Greek letter: “seven plus alpha.” It’s a good story, although I’m starting to doubt it. プラスα is supposed to mean, “a little extra.” But in the context of baseball, not only is the term written incorrectly, it doesn’t even mean “something extra.” Actually, it should mean that the team was prevented from adding something extra to their score during the ninth inning.

All of this meandering and imprecision seems out of character for a highly structured language like Japanese. The sports origins of this word are probably accurate. But with all of the mistranslating and multi-language sourcing and incorporation of completely made-up meanings, I am giving プラスα the Japan Everyday award for the most non-Japanese Japanese word in history.