Boku and Shimobe, The Humble Servant 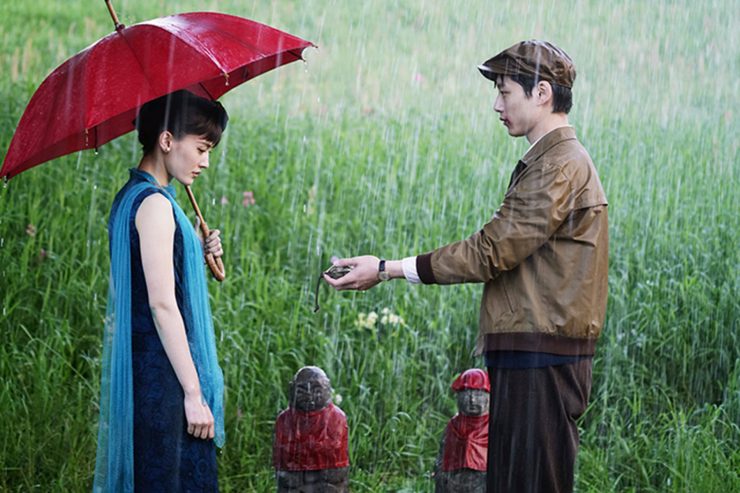 I often dream of a day when I can sit down in front of a TV in Japan, flip through the channels, and understand completely what is being said on every program. Except for repeated news stories about the coronavirus or the war in Ukraine, my language skills simply can’t keep up. But I did watch a movie a few years ago that wasn’t overly difficult for someone at the JLPT N3 language level. The title is 「今夜、ロマンス劇場で」 (Konya, Romansu Gekijyō de), known in English as Color Me True.

The plot revolves around a romance between a real, flesh-and-blood man and a royal character from an old black-and-white movie who one day decides to escape the screen and experience the real world. The story has some overlap with Woody Allen’s The Purple Rose of Cairo, although with a happier ending. Some might call the story “slow,” but for a Japanese language learner, this is a plus.

The female lead, the one who tears herself off of the celluloid, is Princess Miyuki in her own world. As royalty, she can’t help but treat everyone else as underlings and servants. This goes for Kenji, the young movie industry worker who falls in love with her. Instead of calling him by is proper name, the princess constantly refers to him as しもべ (shimobe).

This term, rendered as 「僕」 in kanji, means “manservant” or “menial.” It is certainly not a term of affection, at least at the beginning of the story. But our concern here is not with how the movie ends, but with that shimobe term. If you have studied kanji, you might have seen it already, albeit with a different pronunciation: ぼく (boku).

The term stated this way means “me” or “myself,” and is used by Japanese men to refer to themselves, particularly in casual settings. Adults can also use the word to speak to young boys; I have heard grownups say ぼくちゃん (boku-chan) to elementary school boys.

The character was also pronounced back in the eighth century as やつがれ (yatsugare), from which the modern word やつ (yatsu), a rude term for “that guy,” derives.

The history of the character’s various uses is a bit unclear, at least through my limited ability to understand Japanese etymology. But the common factor in all of these terms seems to be the humble position of the person being named. The lord of the domain would call his servants shimobe, and it followed that the servants would at times call themselves by this same term. But the word boku also played this role, a way of humbly identifying yourself to others. At some point, the same kanji was applied to both words, and to yatsugare as well, all with a hint of “humble servant” included.

What I find most interesting is how the sense of humility found in this character links to the broader Japanese culture. In English, we sometimes find the phrase “Your Humble Servant” at the end of letters from the Jane Austen era. You can certainly use the expression today, although others are apt to think you are making a joke rather than putting yourself in the position of a helper or servant.

Yet here in Japan, the undercurrent of true humility is still there, both in attitude and in language. It is not strange to say a word like boku out loud and have it be completely free of irony. That being said, it is probably best not to call others shimobe, unless you are a bona fide princess.