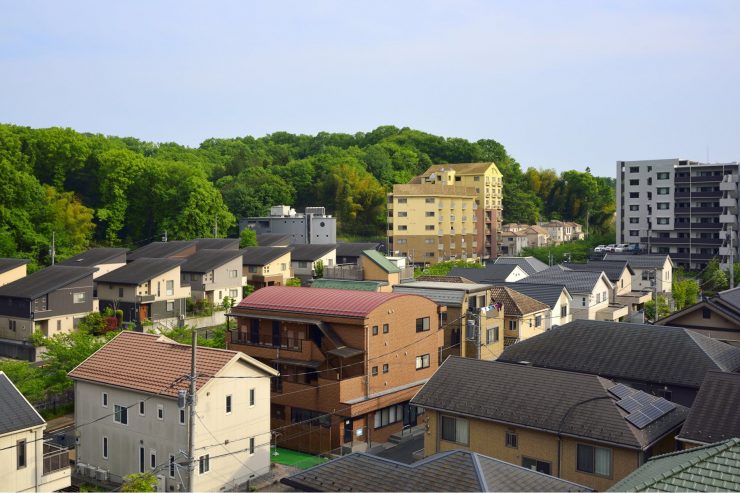 Finding a new place to live can be stressful. Beyond the pressure of getting “the perfect place,” you have to think about square footage, price, location, good schools for the kids, noisy neighbors, and commute times. Here in Japan, you can add to that the various fees that seem hand-crafted to discourage movement between dwellings.

I recently had the chance to discover this myself during a cross-town move. The lease on our current place was expiring, and with the original owner returning home from an oversees assignment, there was no opportunity to renew. Available options in the Tokyo metro area were somewhat limited compared to America levels, especially since we were looking in October, a full half-year from the standard March-April window when most moving happens in Japan. We also wanted a home that was three or four bedrooms (3LDK or 4LDK), a bit larger than the typical two-bedroom (2LDK) places that abound here.

We finally found a 4LDK house, naturally for a lot more than we really wanted to pay. But it wasn’t just the monthly rent that was high. When you sign a rental lease in Japan, there are a significant number of up-front costs, some of which have no parallel in the United States. In addition to the first month’s rent (yachin) and security deposit (shikikin, typically one or two months’ rent), there is a mysterious fee called “key money” (reikin, usually one month’s rent), a traditional thank-you fee to the owner for being so kind as to make the space available to you.

Beyond these basics, there are some other fees that often appear with apartment rentals.

Then there are moving fees, cleaning fees on your old place, and in our case, the need to purchase ceiling lights and curtains for every room. We also had to hire an electrician to move an air conditioner between locations.

Let’s say you wanted to rent an apartment for 150,000 yen per month (around $1,350 at current exchange rates), the average for many 2LDK places in Tokyo. Here are the fees you might need to pay to make the move. To keep it simple, I’ll assume no parking or association fees.

At the current exchange rate, that’s just over $10,000 to move into an apartment that only costs $1,350 per month. Things are only slightly better if you decide to stay where you are and renew your lease. Certainly, you can expect an increase in your monthly rent. But some places also charge a one-month renewal fee, essentially a repeat of the original reikin thank-you amount. And if you decide to buy a place instead of rent, be aware that unlike in the United States, where the seller often pays the bulk of the excise taxes, homebuyers in Japan pay the sales tax on the new house, currently pegged at ten percent of the purchase price.

Perhaps I am a bit bitter, having just shelled out all this money for four walls, a roof, and ceiling lights. But I have moved many times in my life, all (until recently) within the United States. Moving can be costly, but if I compare the non-refundable costs of moving within both America and Japan, the mandatory fees needed to relocate within Japan are substantially higher.

The high cost of moving has an impact—both good and bad—not just on the individuals who move, but also on society at large. Not everyone has ready access to $10,000. This is especially true for those at lower income levels, the very people who may benefit from making a work-related transition. Limited movement among renters and homebuyers also means that there is less housing inventory available for those who want—or like me, who need—to find a different home.

In the US, where relative moving costs are lower, people change homes about four times as often as those in Japan—an average of nearly twelve times over a lifetime versus just three times in Japan.

While all of this sounds like bad news for someone in need of new digs, this price pressure on Japanese house hunting does comes with some benefits. Key among them is the stronger sense of community that stems from people staying put for decades at a time. People live and work and play in the same neighborhood year after year. When this is paired with local festivals and community projects, it’s no surprise that the Tokyo metro area feels like a collection of tiny neighborhoods, despite being home to 37 million residents.