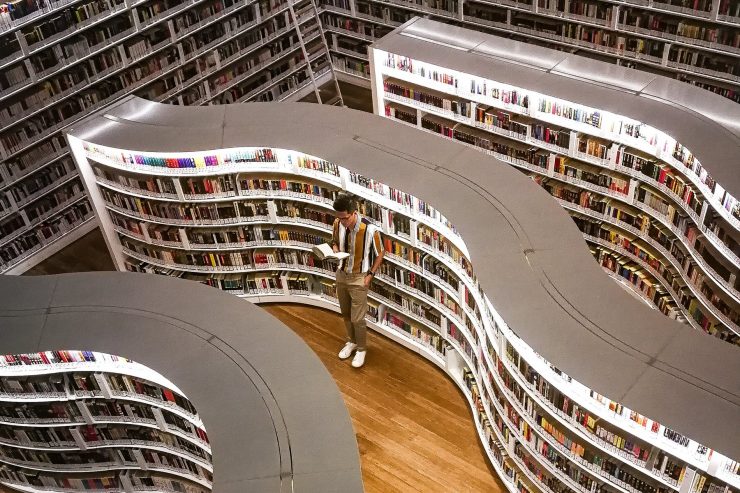 I finally finished reading a book written in the Japanese language! You might not believe me, especially if you learned about my Shelf of Shame earlier this year. I have a bad habit of buying Japanese books and magazines that might be within my skillset only to abort the attempt soon into the “this is way too hard” text.

This time is different. On a whim, I purchased a Jules Verne adventure book named 十五少年漂流記 (jyūgo shōnen hyōryūki, “Fifteen Young Castaways”), titled in English as Two Years’ Vacation. While not as famous as Around the World in Eighty Days or Journey to the Center of the Earth, it still has all the hallmarks of a Verne classic: far-off exotic locales, perils and rescues around every corner, and an exciting, happy ending. The 270-page book was crafted for younger readers, but it was no less challenging for someone like me who is stuck between the N3 and N2 intermediate language levels.

How did I get through this tome when all prior attempts failed? The biggest difference was in my approach to unknown vocabulary and sentence structures. In previous books, I would look up every unknown word and attack complicated sentences with a vengeance until some basic level of understanding arrived. For meaty sentences, this could take a while; I might even ruminate overnight on a passage until it clicked.

In the Verne book, I used a process that is known to experts as “the lazy way.” Instead of trying to extract the full grammatical meaning from every phrase, I focused on just the vocabulary, using the nouns and verbs to make superficial guesses as to what more complex sentences meant. For the words themselves, if I encountered an unfamiliar term, I tried match the kanji to other words I already knew to surmise the gist of the term, all without regard to pronunciation or the full dictionary definition.

For example, the word 獲物 appeared quite a bit. The keywords I already learned for these characters are “seize” and “thing.” In context, the term was talking about animals, so I guessed it meant either “prey” or “predator.” (“Prey” is correct.) I didn’t check the pronunciation (emono) until about the tenth encounter.

This disregard for dictionaries and grammar guides sped things up quite a bit. Not that I eschewed them completely. Often, a sentence was incomprehensible without looking up the unknown words. But even that process waned over time, as shown by the smaller and smaller vocabulary lists for each chapter. I added 92 words to my flash card deck from Chapter 1. But by the time I reached Chapter 30, I was only adding one or two cards per chapter. It’s not that my word prowess was any better. But specific words became less important as the story progressed.

Although I decided up front to ignore grammar completely, some new concepts snuck in. In the handful of books and articles I have attempted, I have discovered that the final verb in a sentence is often different from spoken forms. Instead of the typical です copula, a lot of sentences ended with である. Also, the volitional form of ある, 「あろう」, shows up in ways I never heard when talking to others.

Some words also appear slightly different in book-long texts. The term ありえない (arienai), translated as “unbelievable” or “that can’t be true,” is sometimes written out in books as 有り得ない, its more traditional form, even though the kanji-laden version of that word is seldom used in everyday writing. Such variations provide plenty of opportunities for me to ask, “Why didn’t I know that already?” But I’m used to that question by now.

If you are in the market for Japanese books but are worried that your current language level will ruin the joy of reading, I highly recommend selecting a high-action, youth-oriented adventure novel like Two Years’ Vacation. Unlike nonfiction books, where every sentence might suddenly convey the work’s core thesis, adventure books carry you along by default, even allowing you to whisk past multiple paragraphs without losing your way.

If you would like to read this Jules Verne adventure for yourself in Japanese, here is a link for the book on Amazon’s Japanese web site, or on Kinokunia’s web site.