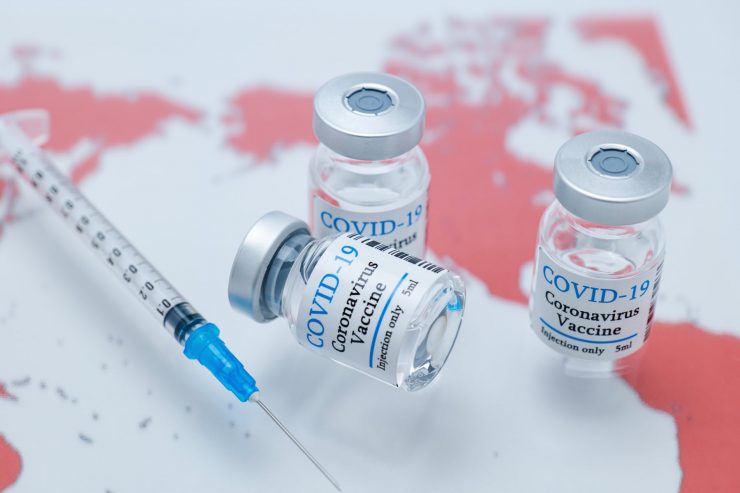 A few months ago, I posted an article that practically gushed over how well Japan was dealing with COVID-19. Although the points raised there are still legitimate, Japan’s slow rollout of the available vaccines has been a killjoy when it comes to gloating about the nation’s place in a coronavirus world.

Japan received its first shipment of the Pfizer-BioNTech vaccine back in February, and if I am reading the Ministry of Health, Labor, and Welfare’s website correctly, the government has now sent over 70 million doses of the vaccine to prefectures and municipalities. And yet, nearly four months after the first vials from Europe arrived in Japan, less than ten percent of the population has received even a single dose.

As you might expect, this pace has triggered a lot of frustration. There were complex delivery and logistical hurdles to overcome, to be sure, and the lack of individuals who are legally allowed to give injections is an ongoing concern. Despite understandable difficulties inherent in any massive mobilization of people and resources, anger over the government’s management of the vaccine rollout does seem justified. At the very least, some bureaucrat should have pulled out a pocket calculator way back in January to see if the population of needle-wielding nurses was sufficient for the number of arms that needed poking.

The strange thing is that while there is anger, the local media insists it is aimed not at the sluggish bureaucracy, but at a tiny handful of individuals who might have been moved closer to the front of the line for shots. Consider the plight of seventy-year-old Sugiura Hirokazu, CEO of Sugi, a national drugstore chain. I do not know anything about this business exec, although I have seen firsthand that his stores do keep a reasonable number of toothpaste choices in stock. Unfortunately for Mr. Sugiura, “in a revelation likely to anger older people struggling to make reservations amid the slow vaccine rollout,” The Japan Times reported that someone in the Aichi Prefectural government gave the CEO and his wife preferential places in the vaccine line.

It is not just old business leaders who are getting the stink eye. Japan’s Olympic athletes are also feeling the heat thanks to their access to the vaccine. In another recent article that identified “growing anger,” “mounting anger,” and a nation “driven by frustration,” I learned that Pfizer had donated vaccines to “athletes and officials coming to Tokyo,” all in an attempt to make the event safer for the broader Japanese population. Add to this the numerous reports of almost-expired doses that were given to younger teachers and municipal employees instead of being tossed out, and the supposed general anger at such an outrage.

These shouts of “not fair, not fair” are not unique to Japan. More than a year ago, when the pandemic was still something new and fresh, Americans were already up in arms over sports teams and the One Percent getting easy access to coronavirus tests. It all seems so silly now, especially since America’s traumatic experience with the virus had little to do with adequate testing.

Due to the way that the Japanese news reports were crafted, I cannot tell if the anger at line-jumpers is pervasive or merely anecdotal. But whether a lot of people are upset or only a few, it is truly a silly fixation. The only way we will escape from this pandemic, short of locking every human in solitary confinement for a month, is to distribute the vaccines to as many people as possible.

I am anxiously awaiting the day when I get my first shot, which as of this writing still appears to be months away. But even in this irritating waiting period, I feel a little pang of joy each time I learn of someone getting inoculated. Just last week, I spoke with a doctor, obviously in a high priority group. When I asked if she had received her injections yet, I learned that her entire team would get their second shots in just a few days. I am not an emotional guy, but I kind of choked up at hearing such news.

The reality is that I benefit from another person getting vaccinated. If some young convenience store employee gets their shot before me, that is one less person I need to worry about in terms of disease transmission. What possible reason would I have to be angry over the minuscule number of people who got their vaccines earlier than expected? It’s good for them, and it’s good for me.

Fortunately, Japan might actually be making some headway on vaccine distribution. The national government has already opened two large-scale vaccination sites that will handle 15,000 doses per day. Several prefectures and large cities are setting up similar venues that will use the newly approved Moderna vaccine to compliment the Pfizer supplies already used in more local settings. Prime Minister Suga recently announced a goal of one million injections per day, and just this weekend Tamura Norihisa, the Minister of Health, Labor, and Welfare, proposed that the general non-elderly public get more immediate access to vaccines. This is on top of weekend statements by Kono Taro, the official in charge of the vaccine rollout, that municipalities should feel free to offer vaccines to younger populations as long as they continue to prioritize those over sixty-five.

Does this mean that I will get my first shot sometime in the next few weeks? I have no idea. But maybe you will. Obviously, that would be great for both of us.