A Japanese Actor Shares His Love of Shakespeare 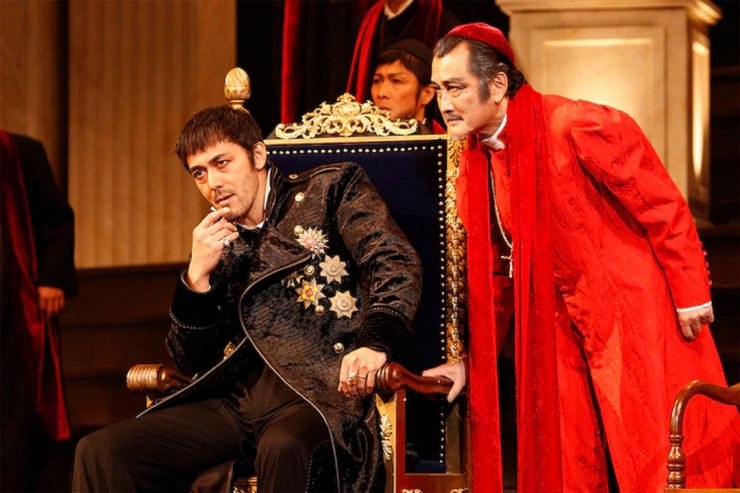 William Shakespeare has long been recognized as one of the most important—perhaps the most important—contributor to English literature. But in America’s current “cancel culture” that has set its sights on influencers from Thomas Jefferson to Dr. Seuss, the approach to Shakespeare’s works is one of, “To read or not to read?” While it is not surprising to find questionable social statements from someone writing in the 1600s, what is shocking is the speed with which some modern scholars and teachers are dumping the Bard.

Not so in Japan. In fact, despite claims that Shakespeare’s plays are a tool of white oppression, his works have continued to increase in popularity among Japanese theatergoers and actors ever since Tsubouchi Shōyō completed his translation of the entire canon in 1928. Tōkyō even hosts its own full reproduction of Shakespeare’s Globe theater—Romeo and Juliet is on stage starting next week. For great works, the show must go on, even in the midst of a pandemic.

Unlike some academics in the West, Japanese thespians are not afraid to proclaim their fondness for Shakespeare’s verse. As evidence, consider an interview with Yoshida Kōtarō conducted in the November 2020 issue of Pen magazine.

Yoshida is a popular television and movie actor, but his true love is the stage. Of all his live performances, “Eighty percent have been Shakespeare, and out of his thirty-seven plays, I’ve performed in all but three.” His most recent appearance—just before the pandemic took hold—was in Henry the Eighth alongside fellow screen actor Abe Hiroshi. (The cover image for this post is taken from that performance.)

His joy of the Bard started in high school when someone handed him tickets for a staging of Twelfth Night. “When I saw performances by Hashizume Isao and Kishida Kyōko, they had me laughing until I cried. From that point, I became obsessed with Shakespeare. I joined the Shakespeare club in college and eventually took the stage myself in a production of Twelfth Night.” It is an influence that has carried him through his entire career. “What has made me an actor, one who has performed for forty years, is Shakespeare,” insists Yoshida.

In this era of intersectional handwringing, some choose to see exploitation around every corner. But Yoshida finds in Shakespeare the full range of human emotion and experience that is as valid for the modern era as it was four centuries ago. “With Hamlet’s ‘To be or not to be, that is the question,’ if you look at it only as some work from the sixteenth century, you will probably think, ‘This has nothing to do with me.’ But don’t those of us living today have an awareness of death? Projecting yourself onto the content will make it easier to read.”

Yoshida not only projects himself onto each drama and comedy, but he also fully incorporates Shakespeare’s words into his acting. “You can’t perform Hamlet half-heartedly,” he says. “When I finish up plays like Hamlet, I am weak and emaciated to the point where I worry about stumbling off the platform onto the train tracks. But a month or two later, I am ready to do it again.” He does this because, for Yoshida, these plays have worth. “Shakespeare seamlessly blends themes like loyalty, treachery, and redemption. It is the work of a literary master. When you compare the dramas [to those of Christopher Marlowe and Ben Johnson from the same era], you understand right away why Shakespeare’s works have endured for generation after generation.”

A full English translation of the Pen interview with Yoshida Kōtarō is available. Click here to download a PDF file containing the translation.