The Growing Influence of News in Asia 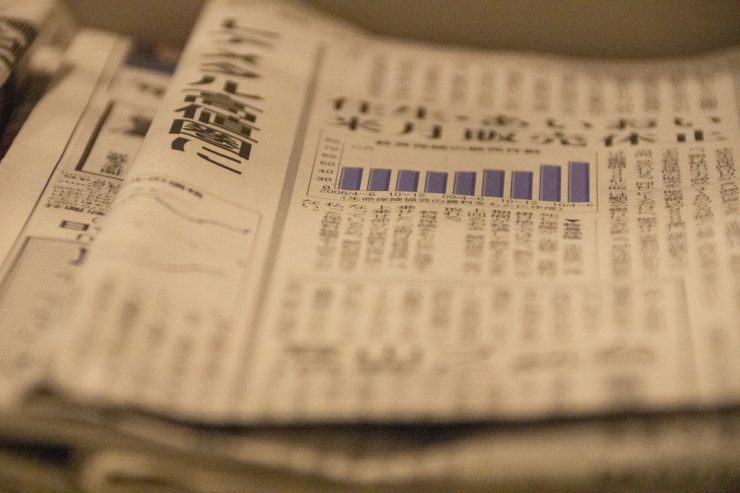 An interesting notice appeared in this Monday’s edition of The Japan Times, the largest English-language newspaper in Japan. Under the headline, “A message to our readers,” the publisher announced a small but meaningful change to the paper’s tagline in parallel with its upcoming 125th anniversary. The old motto of “All the news without fear or favor” is being replaced with something a bit more geographic: “The Independent Voice in Asia.”

There is no doubt that Asia is receiving increased world attention. The recent spat between China and the United States makes for easy headlines, as does the coronavirus, first detected in China’s Wuhan province. The overthrow of the democratically elected government in Myanmar by its own military—that happened in Asia, too. Bad news stories like these tend to bubble to the top, but there are positive things happening as well. Asia continues to be a supplier of key technology, a trend started in Japan and continuing with chip fabrication plants in Taiwan. International diplomacy is also on the rise in the region. Consider the visit this week by two top US cabinet officials—Secretary of State Antony Blinken and Defense Secretary Lloyd Austin—on this side of the Pacific Ocean. This follows another key dialog by “the Quad,” a regional confab between the United States, Japan, India, and Australia designed to address issues of mutual concern in and near Asia.

As the article in the Times explains, “Asia has become front and center of world affairs, and yet democratic values in the region are increasingly under assault.” While the text goes on to mention the general “digital disruption” that has impacted news organizations worldwide, it should be clear to even to the most passive reader that this statement is in response to what is happening in Hong Kong. In fact, it was just last week that various news outlets reported on how Beijing was pressuring Jack Ma and his Alibaba Group to offload its Hong Kong-based South China Morning Post.

There was a time when The Japan Times itself was suspected of bowing to government pressure. A decade ago, the paper found it necessary to remind readers that it was not a mouthpiece of Imperial Japan during World War II. But nobody today could say that the paper is beholden to the powerbrokers in Japan’s government. The above-the-fold headline in my copy of today’s Japan Times (Thursday, March 25, 2021) is entitled, “Communication failure,” and is another in a long set of articles documenting missteps by the current Suga administration. Former Prime Minister Abe fared no better.

Far from being a local mouthpiece, Japan’s largest English-language paper on some days feels like an American paper that just happens to sell well in Japan. Once you get beyond the local and national news on the first few pages, many of the remaining stories concern the latest American and international news. During the recent presidential election, the content was so US-centric, I almost expected to see a list of local courthouses where I could still register to vote. But such is the connected world we live in today.

There is also the fact that each subscription to the paper includes the international edition of The New York Times. With such a worldwide focus, the new motto is hardly surprising. The Japan Times’ daily circulation of 45,000 is almost exclusively focused on domestic distribution. But as with all papers these days, the internet is key. As concerns rise over the freedom of news sources coming out of Myanmar, China, and other hubs in Asia, The Japan Times’ promise of independence and international appeal is certainly well-timed.