How Japan Survived the Coronavirus Pandemic 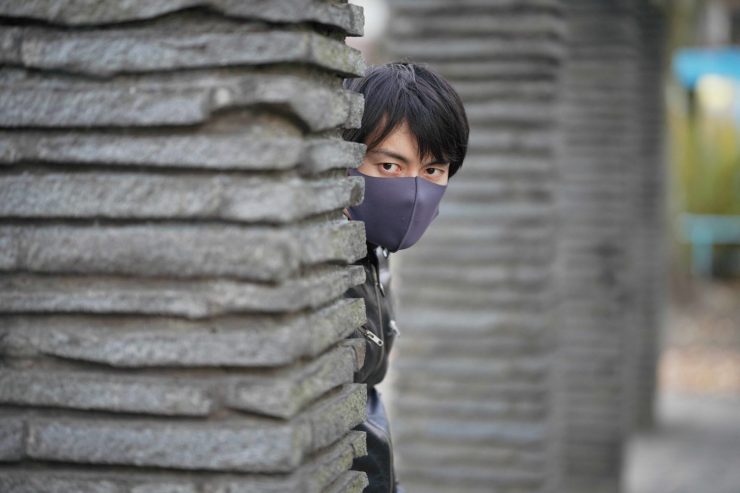 It was just over one year ago that the coronavirus pandemic became the top story on the nightly news—every single night. Japan got a head start on most of the world with the arrival of the Diamond Princess cruise ship at the Port of Yokohama on February 1, 2020. The nation and the world watched in shock as more than 700 of those on board—a full twenty percent—contracted COVID-19. Ultimately, the strict measures imposed on the passengers by the Japanese government did little to prevent the virus from entering the country by other means. By April, new infection counts were rising by as much as twelve percent per day.

And then it basically stopped. By May, the nation was adding less than 100 cases per day in a population of over 125 million souls. The United States, with nearly three times the population, was recording close to 30,000 daily cases. It didn’t really make sense. Japan has a much older, vulnerable population. Its metropolitan workforce is beholden to public transportation, at times famously crammed into subway cars by efficient railway staff. At night, the salarymen perform the world’s largest bar crawl or dash into small, crowded rooms to belt out another karaoke hit. Yet infections were less than one percent of what they were in America, a rate little changed even today.

Japan’s pandemic response wasn’t perfect. It did experience a few sudden waves of infection, especially during the 2021 New Year’s holiday season. The government was repeatedly lambasted for its lackluster approach to testing, and talk shows routinely derided Prime Minister Abe’s plan to send two free masks to every household. Yet anyone who is concerned about global pandemics must look seriously at Japan and understand how, despite being forbidden by law from imposing any lockdowns or mask requirements, it was able to avoid the worst of the plague.

The Dr. Faucis of the world may be armed with documented evidence of what separates successful and struggling countries in the face of COVID-19. But for the average Japanese resident, looking with confusion at the situation in the United States, there is a general sense of where the distinction lies.

Having drunk deeply from the well of American freedom throughout my life, I appreciate the concerns of heavy-handed government excess in response to the virus. But I don’t understand why my friends in the United States have chosen masks as the human-rights hill on which they are willing to die—sometimes literally. Facemasks are not a cure-all for the coronavirus, but there is no denying that they are the single most obvious differentiating factor between American and Japanese approaches to this pandemic.

Everyone in Japan wears a mask and, with some minor exceptions for eating and taking long walks outside, they wear these masks everywhere and at every moment. If you stand on the road and watch cars pass by, you will observe at least half the drivers wearing masks, even when no one else is in the car. Everyone in the train, everyone in the office, everyone at the grocery store, even kids playing in the park; they are all wearing masks.

The Japanese have, since long before the coronavirus, worn masks whenever they catch a cold. I expect this has trained them to understand a mask’s true purposes. While many of my friends in America have rightly opined that masks do a lousy job at preventing you from getting sick, the average Japanese understands that the purpose of a mask is to keep other people from getting your sickness. And it has worked fantastically.

When it became clear that coronavirus transmission often occurred in clusters, Japan’s Ministry of Health, Labor, and Welfare formed a Cluster Countermeasures Group to discuss strategies. The outcome was “The 3 C’s,” a set of three general guidelines known in Japanese as mittsu no mitsu (３つの密, sometimes shortened to sanmitsu, ３密). Announced in April 2020, the campaign coincided with Japan’s first official state of emergency declaration. As the name implies, the strategy took a three-pronged approach to reducing infections.

The slogan was easy to understand, simple to follow, and catchy. Windows in trains and small pubs were thrust open to let the fresh air in, even in winter. Social distancing “don’t sit here” chairs took half of all seats in restaurants, hospitals, and other venues, at least among the few that were still open. The campaign was so effective that the World Health Organization issued similar guidelines a few months later. Sanmitsu went on to become Japan’s Word of the Year.

As a general rule, the Japanese do not have much physical contact, especially the farther away you get from family relationships. Handshakes, hugs, even handholding among romantic couples are fairly uncommon. The Japanese even made up their own English-like word, “skinship,” to identify those rare occasions when a physical touch does occur.

Because of this culture, it was fairly easy for the nation to avoid some of the viral transmission risks found in many Western societies. While most Americans have sworn off of business handshakes for the time being, the new practice of “wrist bumps” still seems too interactive. In Japan, a simple bow or nod conveys all manner of greetings and messages, all within the bounds of safe social distancing guidelines.

The oldest recorded name for Japan, Wa (和), can be translated as “Harmony,” and the Japanese place a high value on that human trait. This harmonious living takes many forms, including a more subdued approach to verbal communications. There is no loud, disruptive talking on trains or in elevators, and people seldom strike up casual conversations with strangers, so as not to be a bother. Certainly, there are noisy people in Japan, and kids here seem to scream way more than I was used to back in the United States. But most interactions are even-keeled and calm when compared to American encounters. When the Japanese government asked that spectators no longer shout or cheer at sporting events to reduce COVID transmission, crowds fell silent.

This tranquility goes not just for larger gatherings, but for personal interactions as well. Where an American would verbally chastise a store worker for poor service or even ask to speak to a manager—expanding the circle of virus opportunities—the Japanese have other ways of dealing with conflict that don’t require in-your-face vocal confrontations. Less talking means fewer airborne particles from your lungs, which is a good thing during a pandemic.

While this is the most tenuous of the successes listed here, there was nonetheless a feeling early in the pandemic that Japan’s status as a shimaguni (島国, “island nation”) helped protect it from the coronavirus. The situation in England destroyed that hypothesis, and yet Japan’s water boundary does seem to give it some advantages when combating the disease.

Obviously, it is much easier to keep people out when they cannot simply walk across a land border. Japan shut its gates tightly in the spring of 2020, even barring reentry to permanent residents who had made the nation their home for decades. But beyond this physical barrier, island living may impart a psychological separation that makes it easier to go it alone when things are going bad in the wider world. Globalization has made it nearly impossible for any nation to be a true lone wolf—even North Korea relies on covert interactions with other countries. But Japan’s traditional Yamato spirit (大和魂[やまとだましい]) includes a feeling of self-reliance, a trait that must come, in part, from having limited access to outsiders.

While these five strategies have helped Japan avoid the worst of the coronavirus, there have been missteps. Just as the nation was emerging from its initial state of emergency, the government activated its “Go To” campaign, a subsidy program that encouraged residents to travel domestically and eat out as much as possible. Infection rates spiked as the program rolled out in earnest.

There were individual foibles as well. Despite the friction-free adoption of masks, some Japanese seem oblivious to their primary purpose. I am always shocked when I see someone remove their face covering in public just so they can sneeze or cough without soiling their pristine mask.

Even with these blunders, the Japanese approach to the global plague has been a success overall. While there are other nations who have done even better—my friends in Taiwan and New Zealand are living the dream—America and other Western nations would do well to emulate Japan’s pandemic response.