The Yayoi and the Origins of Modern Japan 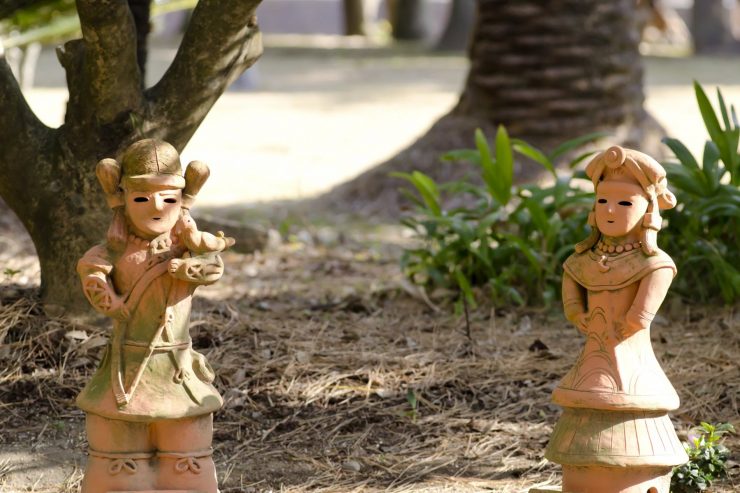 The Jōmon, the hunter-gatherer civilization (https://www.japaneveryday.jp/2021/01/jomon-period) that populated parts of the main Japanese islands for most of its prehistory, had by 300BC almost completely disappeared from the archipelago. Life was always difficult in the harsh, northern regions of Japan where many of those early tribes endured a subsistence living, and some research indicates that a drop in global temperatures near the end of that era may have increased the burden on such groups. But it was the arrival of newcomers from the Asian continent, the Yayoi (弥生), that ultimately marked the end of the Jōmon’s 10,000-year existence.

The Yayoi Period () traditionally ran from 300BC to 300AD, although archaeologists now pin the start of that era as far back as 1000BC. Named after a neighborhood in Tōkyō where artifacts from this period were first unearthed, the characters for the name coincidentally mean “thick growth.” It’s an apt moniker, as the Jōmon-era high-water mark of 200,000 inhabitants pales in comparison to the four million that lived in Japan by the end of the Yayoi time frame.

The new arrivals came primarily from the Korean peninsula and China, settling first in the southwest section of Japan, in present-day Saga and Fukuoka prefectures. Given the proximity of Korea to these regions of Kyūshū, one might assume a direct relationship between the peoples of modern Japanese and Korea. However, language and genetic studies indicate that the civilization residing primarily on the Korean peninsula at that time may have fled to Japan (and Okinawa) to escape civil wars in China, and that they were eventually replaced on the peninsula by proto-Korean groups coming from Manchuria.

Whatever their lineage, these immigrants brought with them advances in metallurgy, employing first bronze and then iron for their tools and weapons. But even more important than metal was the importation of wet-rice farming. This reliance on agricultural land for rice paddies and other crops transformed Japan from a loose confederation of dispersed tribes to a growing swath of hierarchical, sedentary, agrarian communities that eventually stretched to the northern tip of the main Honshū island.

As the Yayoi expanded and thrived, they replaced the resident Jōmon groups. The older tribes couldn’t complete with the Yayoi’s advanced technology, more stable diets, religious practices, and advanced societal structures. And yet, the displacement does not appear to have been in the form of conquest, but rather of integration. Genetic analysis of modern Japanese reveals the presence of some Jōmon DNA, with increasing amounts the farther north you go.

Along with water-management technology required for stable agricultural societies, the Yayoi also exhibited economic advancement with distinct social classes, as well as military specialization. Chinese records from 57AD describe a land called Na (奴国, Nakoku or Na-no-kuni) that some scholars place in present-day Fukuoka, one that was stable enough to engage in diplomatic relations with the mainland. Later Chinese geographic documents apply the name Wō or Wa (倭, “harmony”) to this area of Japan. Records from the end of the Yayoi period also mention a Queen Himiko who united some of the Yayoi settlements after a civil war in the third century AD.

Until quite recently, many Japanese believed that their forebears arrived in Japan nearly 20,000 years ago, after the last major ice age, and that these groups developed with little influx from the Asian mainland. Although the first Yayoi artifacts were unearthed back in the late nineteenth century, subsequent research into Yayoi culture proved that modern-day Japanese derived primarily from a continental migration that occurred 2,000 to 3,000 years ago. When these findings were first advanced in the 1970s, it was a difficult notion for most Japanese to accept, especially with regional tensions still strained from the recent World War. But these days, with plenty of DNA evidence to back it up, the general consensus is that today’s Japan is based in large part on those who made their way to these islands during the Yayoi Period.