The Weather Cities of Japan 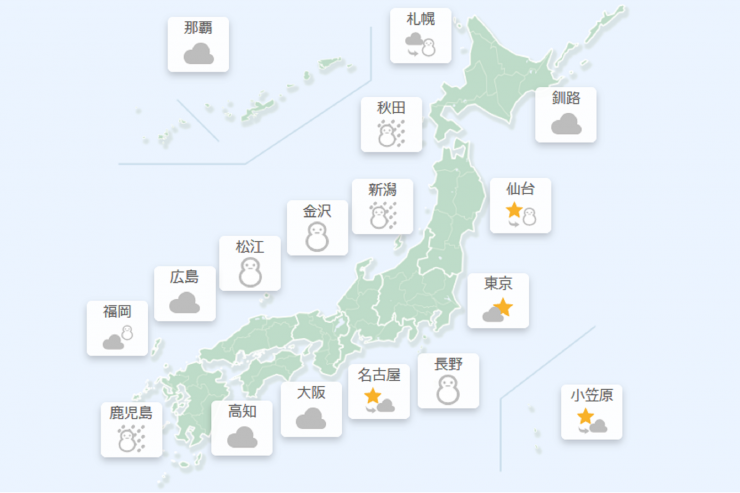 The essayist Charles Dudley Warner famously quipped, “Everybody complains about the weather, but nobody does anything about it.” That changes today. While I can’t fix your crazy weather, I can at least help you identify where weather is happening within Japan, thanks to this post’s handy dandy list of “weather cities.”

Growing up in America, I never thought twice about where Albuquerque was when the weatherman said that today’s high there would be 85°F. I new automatically that it was in New Mexico. Not that it mattered much to me, since I was nowhere near that southwest state. But if I had to fly there tomorrow for some Albuquerque-style emergency, at least I would know what kind of clothes to pack.

To help me determine whether I need a coat tomorrow, I made a list of all the “weather cities” that appear on the national weather map hosted by public news broadcaster NHK. The following cities are grouped by the regions shown in their interactive weather map.

A special note about Saitama City: Although the prefecture’s name is 埼玉, the capital city’s name, pronounced the same way, is officially written in hiragana.