Senkaku: The Tiny Islands Japan and China Keep Fighting Over 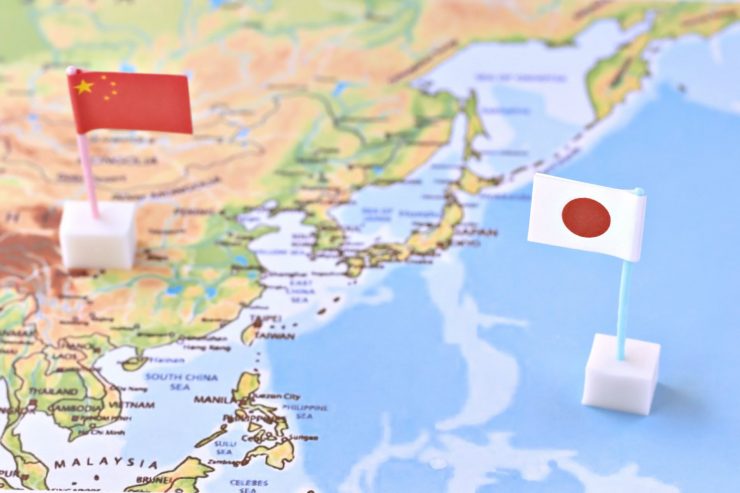 When it comes to world affairs, even small things can cause significant conflicts. And “small things” is the perfect description for a remote collection of islands situated between Okinawa and Taiwan that has brought its share of conflict over the previous half-century. Known in Japan as the Senkaku Islands ( or ), these seemingly useless crags have been one of the greatest sources of international tension between Japan and China, the two most powerful nations in Asia.

For those living in Japan or interested in daily life here, it is important to understand a bit about these rocks on the edges of the country’s oceanic region, and why they are so significant. This article offers an introductory glimpse into the history of the islands, and why each of the key players claims them as their own.

What are the Senkaku Islands?

They are a group of tiny islands located in the East China Sea, about 170 kilometers (105 miles) from both Taiwan and the westernmost inhabited islands of Japan, and just over 400 kilometers (248 miles) due west of Okinawa. There are five main islands, three much smaller island-like rocks, and many other smaller protrusions that the average person would never mistake for an island.

The largest of the set, Uotsuri Island (), is nearly 4 square kilometers (1.5 square miles) and could (and did) support a small community. The smallest of the eight main isles is just 800 square meters, around a fifth of an acre, just large enough for a couple of houses, assuming you could find a flat surface among all those boulders.

The Japanese characters in the Senkaku name mean “sharp” and “tower,” which should tell you a lot about the shape of each islet. As you might expect, China has its own name for the archipelago: Diaoyu Dao. This name generally means the same thing as the Uotsuri moniker, that of “fishing,” which for most of the islands’ known history is nearly all they were used for. Taiwan’s name for the group, Taioyutai, is a variation of the Chinese name. Some western navigators who encountered the rocks called them the Pinnacle Islands, but this term eventually fell out of favor.

Have Japan and China always fought over the islands?

Not really. Given how remote, how small, and how barren the islands are, neither nation had much reason to embrace them. In general, the Senkaku chain was little more than a remote marker for ships passing nearby. The fishing wasn’t too bad. A Japanese national, Koga Tatsushirō, set up a bonito processing plant on Uotsuri Island around the turn of the twentieth century. At the business’s peak in 1909, as many as 250 workers were living on the island, processing both fish and local albatross feathers.

The factory work ended around 1940 and the islands were once again free of interest from humans. But that all changed in 1968, when the United Nations Economic Commission for Asia and the Far East released a survey of the area indicating that the nearby seabed hosted oil and gas reserves in economically relevant quantities. Although the fish factory had closed nearly thirty years earlier (and a war had taken place in the region), Japan continued to treat the Senkaku group as its own. But within three years of the UN publication, both China and Taiwan filed official claims for the entire set of rocks.

What does Japan base its territorial claims on?

Before the twentieth century, neither country was too hung up on territorial ownership of the islands. If one map linked the chain with China and another map assigned it to Japan, there wasn’t much reason to demand a correction.

But that changed on January 14, 1895, in the midst of the First Sino-Japanese War. On that day, the Japanese Cabinet formally declared that the islands, being uninhabited basically forever, were terra nullius (no-man’s land), and immediately claimed them as its possession. When the war came to an official conclusion three months later, the Treaty of Shimonoseki ceded control of Taiwan to Japan, among other territories. No mention was made of the Senkaku Islands, but Japan treated them as part of the bundle, extending the boundaries of Okinawa to embrace the remote territory. The fish and bird-feather enterprise appeared the following year.

At the end of another conflict—World War II—the United States took control of the islands as part of the larger Ryukyuan chain, including Okinawa. When America returned Okinawa in 1972, it made no mention of the small Senkaku Islands, but Japan nonetheless considered them their own. They even assigned street addresses to the islands, using Ishigaki City as the nearest post office, despite it being nearly 150 kilometers away.

Japan restored prior ownership rights for most of the islands to the Koga and Kurihara families, two clans with Meiji-era ties to the distant rocks. One key proviso was that the owners could only sell the islands to the Japanese government, or to one of its subordinate jurisdictions. In light of this grant of ownership and the subsequent sale of the islands to Japan in the early 2010s, the nation has continued to maintain administrative activities and territorial monitoring of the islands since the early 1970s.

What does China base its territorial claims on?

The first documented encounter with the islands was made by Chinese sailors back in the fifteenth century. Maps stemming from those initial writings assigned the Chinese name—Daioyu—to the islands, a name that was commonly duplicated in Japanese maps from that era. As such, many view the islands as part of China’s historical possession.

When Japan took control of the islands 1895, there was little that China could do about it, as the war was not going its way. But when Japan lost its own war in 1945, China believed that the language in the Potsdam Declaration detailing the terms of Japan’s surrender granted it access to its beloved Daioyu rock collection. While the islands were (once again) not itemized specifically, Taiwan did get mentioned. Since China viewed Taiwan and Daioyu as a bundle, it assumed the now-abandoned islands were being restored to their Chinese home.

It was with such a view (and with the prospect of money from oil and gas exploration) that China invoked a claim on the islands in June 1971, while the United States was still managing Okinawa and nearby islands. Years later, in 1992, China passed its “Law on the Territorial Sea and the Contiguous Zone,” a statute that, in part, reminded the world that it owned the Daioyu Islands.

What does Taiwan say about the islands?

Taiwan issued its own claim on the islands in December 1971, soon after mainland China’s formal statement. Although it was still in a state of martial law, Taiwan nonetheless managed to advance economically, and by the 1970s was the second fastest growing economy in the region, after Japan. The government in Taipei recognized America’s post-war administration of the small islands, yet it expected Taioyutai to be returned to Formosa, given the archipelago’s historical and geological ties to that much larger island.

China, it seems, was not opposed to having the island chain linked officially to the Republic of China (Taiwan), since it still considered Taiwan to be within its own national boundaries.

What does the United States say about the islands?

When competing claims over the Senkaku Islands arose leading up to the handover of Okinawa back to Japan, America took a neutral stance, leaving the debate over ownership to the involved parties. It was clear from back in 1968 that there would at least be some interest in the oil fields near the islands, and Taiwan had stated openly that the remote islands should be separated from Okinawa. The Okinawa Reversion Agreement wasn’t signed until mid-1971, so there was plenty of time to be specific about the disposition of the islands within that document. But once again, in yet another official and relevant document, the Senkaku archipelago and its member islands were (intentionally) overlooked.

Although the United States was on record as having no official position concerning the islands, it continued to rent state-owned Taisho Island and privately owned Kuba Island for military-exercise purposes. To this day, America provides protection to all territory owned or administered by Japan, including the Senkaku group.

What is the current situation in the area?

It depends on who you ask. Both China and Japan agree that Japan is taking a direct management role over the islands. For Japan, this is natural, since it believes the Senkaku Islands are its sovereign territory, returned by the United States in 1972 along with Okinawa. As mentioned above, Japan restored land rights in the area to the pre-war owners and has engaged in maritime activities that one would expect from a sovereign nation managing its territory. China, on the other hand, is still waiting to complete negotiations that were, from its perspective, tabled back in 1978 when Chairman Deng Xiaoping came to Japan to formalize a peace treaty between the two nations.

Private parties on both sides have scrambled onto the various islands from time to time since the early 1970s. Such protest actions increased in 1996 when Japan included the islands in its Exclusive Economic Zone. Relations deteriorated even further in September 2010, when a Chinese fishing boat collided with a Japanese Coast Guard vessel, resulting in the arrest by Japan of the boat’s captain.

Taiwan, though still pining for the islands, attempted to calm everyone down with its “East China Sea Peace Initiative,” announced in 2012, sixty years after the parties signed a peace treaty following the Second Sino-Japanese War. In response, Japan said it welcomed an atmosphere of cooperation around the islands. A few weeks later, it nationalized them.

The stalemate over the Senkaku Islands continues to this day. Just last week, President Biden’s newly appointed Secretary of State Antony Blinken reaffirmed that the security treaty between the US and Japan includes the remote islands. That same day, Japanese Coast Guard vessels waved off Chinese ships that were close enough to have meaning, the tenth straight day of such close encounters.

As the world makes its gradual switch away from fossil fuels, perhaps the importance of these islands will wane. But for now, these almost useless rocks in the middle of nowhere are the poster child of a regional battle of wills between three of the largest world powers.