How Powerful Was That Earthquake? 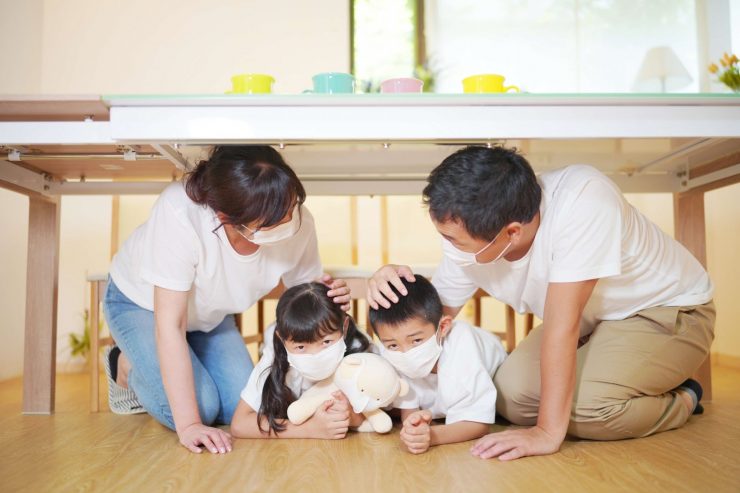 My very first earthquake happened in Los Angeles back in the late 1980s, a rather frightening affair. I mean, the whole house was moving, despite it being attached to California and the rest of the contiguous forty-eight states. I made it through unscathed, but I had good reason to be nervous. The quake measured 6.1 on the Richter scale, a bit shy of the 6.7 Northridge earthquake that would do significant damage just a few years later.

For all you science types out there: Yes, I know that the Richter scale is no longer used, having long since given way to the moment-magnitude system. My point is that even though that experience rattled me, I am safe knowing that a 6.1 earthquake can’t happen here in Japan.

All right, calm down. Boy, scientists sure are sensitive. An earthquake with a moment-magnitude of 6.1 can happen in Japan, and often does. But it won’t be reported that way. Instead, the nation uses a system called the “Japan Meteorological Agency Seismic Intensity Scale,” or shindo (震度, “quake degree”) for short.

Initially developed back in the 1890s—decades before the now-defunct Richter scale showed up—the shindo system reports local quake conditions by assigning whole values between 0 and 7. Here’s how it works: 0 is good, 7 is bad. The following map uses the shindo scale to document the impact of the March 11, 2011 Tōhoku earthquake and tsunami.

If you examine the legend for that map, you will see that it groups all seismic activity into ten levels, including lower and upper variations of levels 5 and 6. The Meteorological Agency’s web site offers these handy descriptions of how people will experience each level.

As you can see, the scale’s focus is on the perception of those who feel the earthquake. From a scientific perspective, it is less precise than relying on the values for moment-magnitude, epicenter, depth, and duration. But when you are watching your Nitori furniture shuffle across the floor, a general description of what is happening is more than adequate.