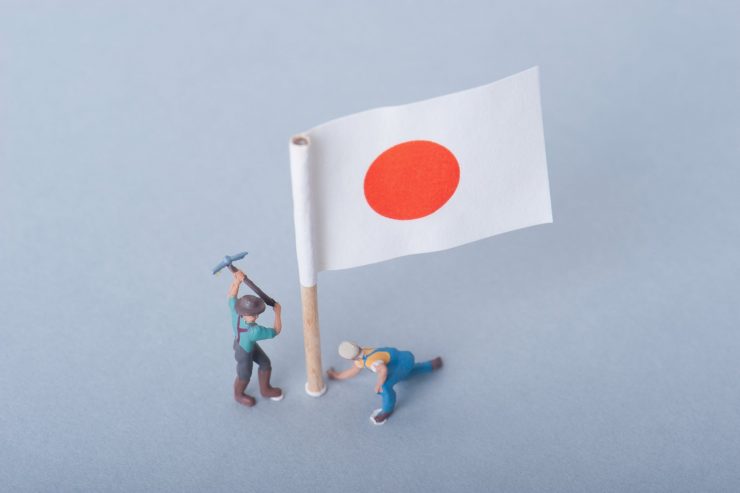 Today is National Foundation Day (の), an official Japanese holiday. It is a time to remember the origins of Japan, to instill a heartfelt love for the country, and to fight over whether you need an apostrophe or not in phrases like “New Year’s Day.” But more on that later.

According to the Kojiki (古事記) and the Nihon Shoki (日本書紀), Japan’s two oldest historical reference books, the nation was founded when Emperor Jimmu () ascended to the throne on the first day of the year (variously interpreted as either January 1 or February 11) in 660BC, near present-day Nara.

Although there is debate over whether Emperor Jimmu was real or simply a myth, Japan’s nineteenth century government under Emperor Meiji believed an annual celebration of Japan’s founding was a good way to strengthen the nation as it rose to international prominence. On November 15, 1872, the State Council created “an annual festival celebrating Emperor Jimmu’s ascension to the throne,” assigning it to January 1 under the old lunisolar calendar, equivalent to January 29 in the Gregorian calendar.

Politicians, as you know, just can’t leave a thing alone. In early January 1873, they renamed the holiday to “Emperor Jimmu Ascension Day.” Two months after that, they changed the name again, this time to kigensetsu (紀元節), known as “Empire Day” in English. With the name finally fixed, they started playing with the date just a few months later, moving the holiday from January 29 to February 11. This allowed the festival to have its own place of significance apart from the related Lunar New Year celebrations.

Fast-forward seventy-five years, to just after World War II. General MacArthur’s GHQ thought it best to downplay events that hinted at imperialism. A holiday named “Empire Day” was an obvious standout, so it and a few other emperor-focused festivals were abolished in 1948. And yet, a day celebrating the roots of Japanese society had staying power. By 1966, the holiday was back, this time reimagined as “National Foundation Day.”

The festival’s name, as rendered in Japanese, can trigger those exciting grammar debates you’ve heard so much about. The official name, 建国記念の日, includes the “の” possessive particle, the “of” word. Literally, the holiday is, “a day of commemorating the nation’s founding.” The related May 3 “Constitution Day” holiday (), by contrast, omits the “の” character. The difference stems from the ability to pinpoint the event being remembered. Whereas the day that the post-war constitution went into effect (May 3, 1947) is easy to look up on a calendar, the date of Emperor Jimmu’s ascension—if it happened at all—is unknown. Therefore, the selected day is somewhat arbitrary instead of exact, and hence it is “a day of remembering” instead of “the remembered day.”

National Foundation Day is more subdued than, say, America’s Fourth of July with all its bombast. But you can still find ways to celebrate. One of the largest events is a parade near Tōkyō’s Meiji Jingu Shrine, complete with marching bands and cheerleading. Another key event takes place at the Kashihara Shrine in Nara, the assumed locale of Jimmu’s enthronement. Smaller celebrations take place throughout Japan. Whether you are here in Japan or observing from afar, take some time on February 11 to ponder the events that brought Japan into being.