Today is the Emperor’s Birthday 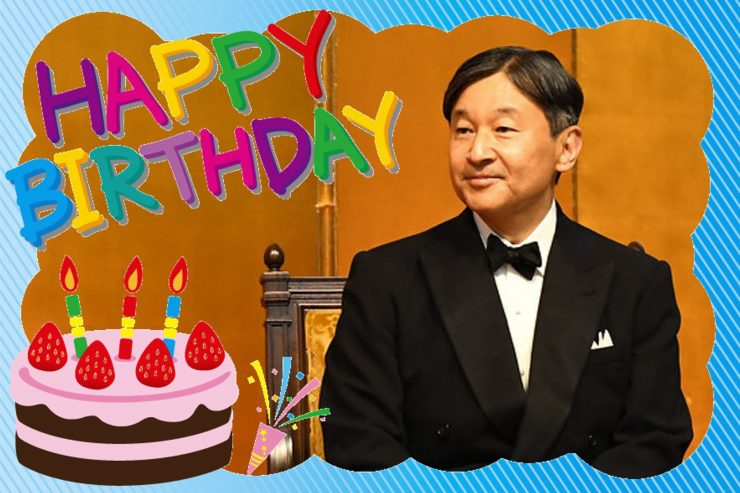 February 23 is the emperor’s birthday, a national holiday in Japan. Well, at least that’s the case this time around. As a holiday, it keeps jumping all over the calendar. Something to do with the 126 Japanese emperors so far all refusing to be born on the same day.

Currently known in Japan as Ten’nō no tanjyōbi (天皇誕生日), the celebration dates back to at least the eighth century, although its modern incarnation as a national holiday started during the Meiji era, in 1868. Up until 1948, the holiday was called Tenchōsetsu (天長節), a name that invokes a kind of “long live the king” sentiment. It was one of the four grand national holidays, along with New Year’s Day, Foundation Day, and Emperor Meiji’s Birthday.

That the holiday still exists today is a bit surprising. After World War II, MacArthur’s GHQ eliminated several official celebrations that lifted up the emperor, Japan’s imperialism, or State Shintoism. Tenchōsetsu, with its focus on the emperor and its many religious activities, seemed ripe for removal. And yet it was retained, albeit under a less auspicious name. (The new name literally translates to, “the emperor’s birthday.”)

The date moves with each new emperor. Before the current emperor (known outside of Japan as Naruhito), the birthday for Emperor Heisei (Akihito) occurred on December 23. Because the recent emperor switch happened on May 1, 2019—after the incoming emperor’s birthday and before the birthday for the outgoing emperor—that year passed by without that holiday.

The monarch before Akihito, Emperor Shōwa (Hirohito), celebrated his birthday on April 29. It was one of the more popular emperor birthdays, not just because of who it was attached to, but because it kicked off a run of tightly packed holidays known collectively as Golden Week. In order to keep the long vacation alive after the passing of Hirohito, the day was transformed into a new official holiday, Greenery Day, starting in 1989. The named changed once more to Shōwa no Hi (昭和の日, “Shōwa Day”) in 2007.

The birthday celebration is one of only two days each year when the general public is invited onto the palace grounds in Tōkyō, where the emperor’s family waves to those assembled from a windowed balcony. Unfortunately, due to the current Coronavirus pandemic, the gathering has been called off this year. But since it is an official day off, many people in Japan will still find a way to celebrate the day.