Today is Coming of Age Day 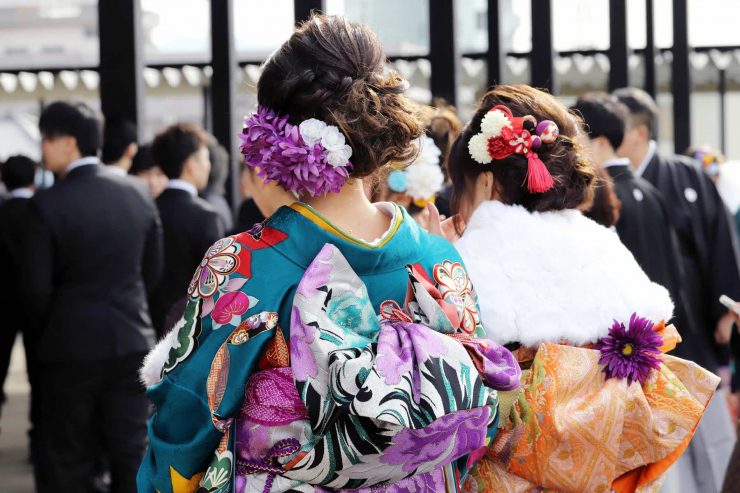 Japan has a lot of official holidays—sixteen the last time I counted—but “Coming of Age Day” (の) is one of the most important—or at least it used to be before the population went into decline, the rural towns began emptying out, and the government started playing with the definition of “adult.” But more on that later.

Coming of Age Day is a time to celebrate the transition from adolescence to adulthood. Based on ceremonies going back to the eighth century, the day was made an official holiday in 1948, back when the memorial took place on January 15 every year. Since the introduction of the Happy Monday System in 1998—what a great name for a law—the festival now always occurs on the second Monday in January.

Traditionally, youths who recently turned twenty years old (from the prior April 2 through the upcoming April 1) would return to their familial hometowns to participate in seijinshiki (成人式), a sort of graduation ceremony, typically hosted by the local city hall. The day has the ring of a cotillion or a debutante ball, with all participants donning formal gowns for the occasion—the women in vibrant, long-sleeved furisode (振袖) kimonos, the men in more somber dark kimonos with wide-legged hakama (袴) pants, or perhaps a western suit.

The holiday has long served as a rite of passage for a nation steeped in traditional hierarchies. Sadly, recent societal changes have reduced the impact of coming-of-age celebrations. The biggest change is due to the drop in the number of young Japanese, falling in tandem with the overall population decline. And with the general migration of Japanese from more rural prefectures into the Tōkyō metropolitan area, some shrinking communities are hard-pressed to find enough youths for an annual gathering.

In an effort to increase both the number of residents in the (taxpaying) workforce and the number of young couples having babies, the Japanese government in 2018 lowered the legal age of majority, to take effect in 2022. Coming of Age Day has always focused on those turning twenty, but the tradition will now likely need to embrace those as young as eighteen. Of course, there is also the matter of COVID-19, which has prompted many municipalities to cancel ceremonies this year, or move them online.

Despite these changes, the holiday’s official status means that, at least for the foreseeable future, it will remain an annual reminder of how both individuals and societies mature and change.