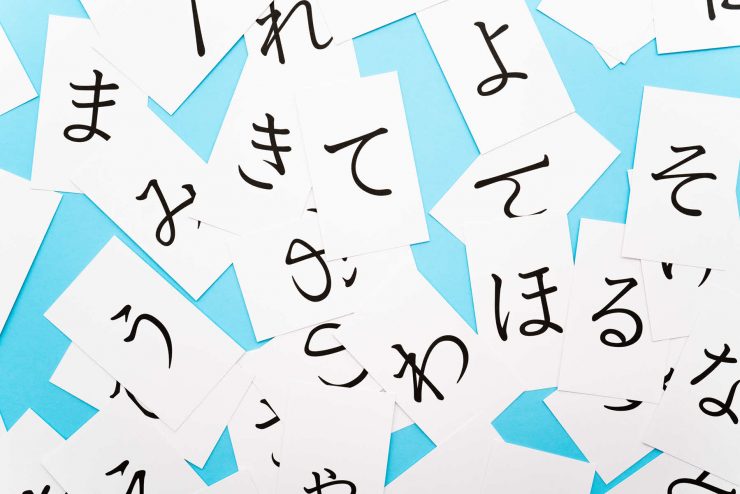 Kanji is the main Japanese writing system that everyone fears, and rightly so. But there’s also the , the set of “fifty sounds” that form the basis for the two remaining Japanese alphabets, hiragana and katakana. Weirdly, the fifty sounds link to only forty-seven characters. And then you have to double that for katakana, so it should probably be called the , or perhaps the , but who’s counting?

If you’ve already acquired the kana, you know that the syllabary is arranged into groups of five, one set for each starting consonant. The initial group is just vowels: a, i, u, e, and o. Then comes the k’s: ka, ki, ku, ke, and ko. The pattern is unwavering until you get to the y- and w- sets at the end.

There are a lot of blanks there. It turns out that some of those empty squares used to be filled in. Some of these obsolete characters haven’t been used in hundreds of years, and there’s really no reason for you to incorporate them into your writing practice. However, some of them appear from time to time in older content or advertising materials, and it’s good to be aware of them if you are ever called upon to read some King James-era Japanese out loud.

Here is the list of the outdated kana characters.

In addition to these well-accepted archaic forms, there are some even older characters that are so ancient, I can’t easily type them into this extremely informative article. Instead, you’ll need to dig into the footnotes for the handy Wikipedia article on kana, which includes pretty pictures of these outdated glyphs.

Outside of the basic kana, there are two other retired symbols you still might see around: ゝ and ゞ, the unvoiced and voiced repetition marks. Modern Japanese uses 々 to repeat the kanji just before, as in . These older symbols do the same thing, but at the kana level. For instance: じゝ is pronounced “jishi,” while じゞ becomes “jiji.”

When writing vertically, an elongated く or ぐ serves the same purpose. Also, the special character 〻 can replace the standard 々 kanji repetition character in these older, vertical forms. See this Wikipedia page for both interesting and boring details about these “iteration marks.”