Japanese Words that Ring in the New Year 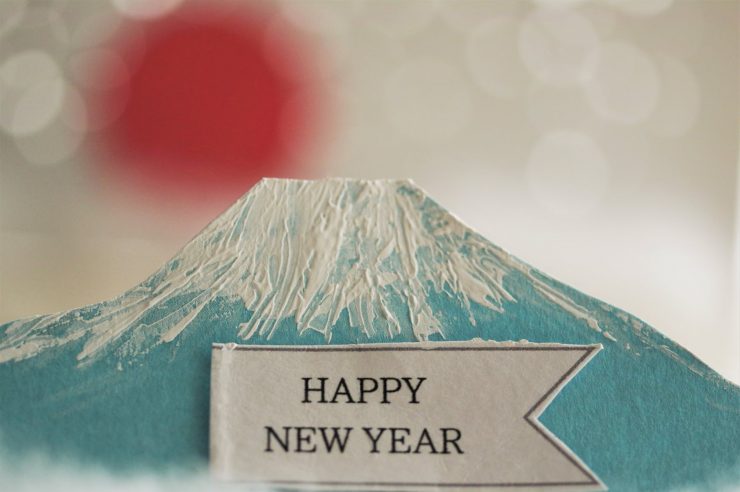 Before she moved back to America and took a job at my elementary school, my third-grade teacher had spent the prior two decades living in Japan. She loved to share with her students some of the distinctives of Japanese culture. She trained us in chopstick usage and had us make origami cranes. But one of the most important things she shared with us was that there would be no homework during the first few days in January, because New Year’s was a major holiday in Japan.

Now that I live here, I can see in person how important the transition from one year to the next is for Japan. While stores in the US stuff themselves to the rafters with Christmas novelties, many shops in Japan add shelf after shelf of items that help to ring in the new year. But your shopping cart is not the only thing that grows this time of year. The Japanese language itself bulks up for festivities, with many different words used for different parts of the holiday season.

The long New Year’s celebration comes from two older purification holidays. The first one is named toshikoshi (年越し), and is tied to activities during the final three days of the year. In fact, one of the last things you do on December 31 is eat toshikoshi soba, a traditional noodle soup.

The parallel holiday covering January 1 to January 3 is called sanga-nichi (三が日, or 三が日). It is a time when Japanese engage in hatsumōde (初詣), the first visit of the year to Shinto shrines. Companies and schools today still embrace these two older holidays, typically closing for six days between December 29 and January 3.

New Year’s Eve itself is known as ōmisoka (大晦日). Since 晦日 by itself refers to the last day of any month, adding 大 (“large”) to the word makes it the biggest last day of the year, a great time to celebrate. The term ōtsugo-mori (大晦) is another word you might hear that refers to New Year’s Eve, although it is less common.

As January 1 begins, you officially enter gantan (元旦), the standard name for the first morning of the year. The name for the full first day is ganjitsu (元日), although some people just stick with gantan. Shin-nen (新年) literally means “new year,” and is the start of 「新年あけましておめでとうございます」 (shin-nen akemashite omedetō gozaimasu, “Happy New Year!”), the most common 年始のご挨拶 (nenshi no goaisatsu, “new year greeting”) you are likely to hear.

New Year’s Day is part of a longer event called matsu no uchi (松の内). This period used to last a full fifteen days, but now it is typically celebrated for just one week, especially in Japan’s kantō region. “Matsu” means “pine,” and the associated traditions involve placing decorative pine branches (kadomatsu, 門松) within the home. Even when this miniature pine festival ends, you are still within the period of shōgatsu (正月). While this word sometimes indicates just the first three days of January, it can also refer to the entire first month of the year.

Here are a few more general expressions to round out the New Year’s language festivities.

With these holiday terms in hand, you should be ready to boldly greet others as my teacher did to her students so many years ago: Yoi otoshi o omukae kudasai (よいお年をお迎えください, “Have a great new year”)!