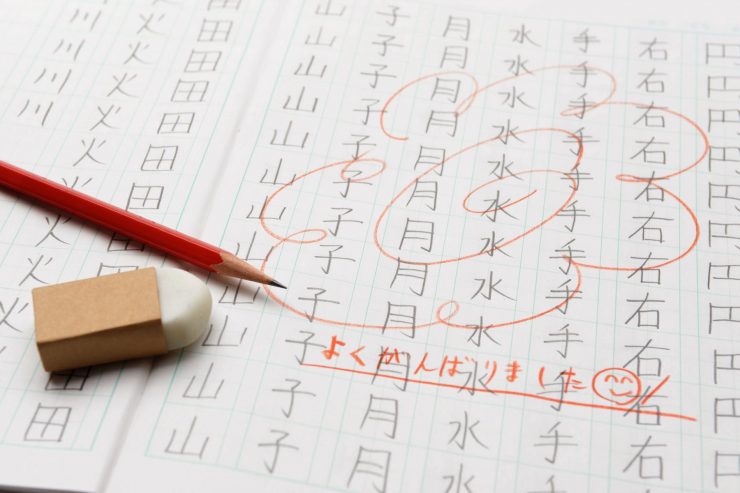 Soon after I started studying Japanese back in the 1990s, one of my coworkers who had long since abandoned his own language studies handed me a saffron-yellow box adorned with a straightforward title: “Kanji Study Cards.” A quick look inside revealed thousands of cards, each with one or two English words on the front and a single Japanese character on the back. My colleague explained that to use the cards, I needed to read the matching book by James Heisig, Remembering the Kanji: A Complete Course on How Not to Forget the Meaning and Writing of Japanese Characters. I’m glad I did.

The basic philosophy of Heisig’s text is that the strokes and basic meaning of a kanji can best be learned by making up imaginative stories using the simpler parts of that character. For instance, the character 明, which Heisig names “bright,” is formed using 日 (“day” or “sun”) on the left and 月 (“month” or “moon”) on the right. To recall the structure of this character, you might make up a sentence like, “It would get really bright if the sun and moon started fighting about who could outshine the other.” For 明, a story about heavenly objects coming to fisticuffs may seem overkill, but you really appreciate Heisig’s method when it comes time to remember 鬱 (“gloom”).

The flash cards were a big help—for some characters. The problem is that some characters and stories do not stick in your mind as well as others, and repeatedly going through 2,000-plus cards with a mix of “too easy” and “too hard” turns out to be a study-killer.

Enter Kanji Koohii, a web site that parallels the boxed Kanji Study Cards, but upgraded with science! Fabrice, a programmer from Belgium, created the site to help Japanese students review their Heisig-inspired creative stories. But where the yellow box encouraged a haphazard review process, Fabrice’s site uses “spaced repetition” methods (SRS), a proven memorization process that helps cement each kanji in your mind. If you have ever reviewed vocabulary through the popular Anki software, you have used an SRS tool.

Back when I was saddled with paper cards, I never got beyond 500 Japanese characters. But with the help of the Kanji Koohii site, I was able to achieve my goal of 2,200 characters, the complete set of kanji listed in Heisig’s book. I still need to go through the characters periodically, and I do so by returning to Fabrice’s great web site. If you have been struggling with retaining the official jōyō (常用) kanji, consider Heisig’s creative system paired with the Kanji Koohii site. You can find the site online at kanji.koohii.com.

If you are interested in Heisig’s book, he makes the first part—covering nearly 300 characters—available for free on his web site.