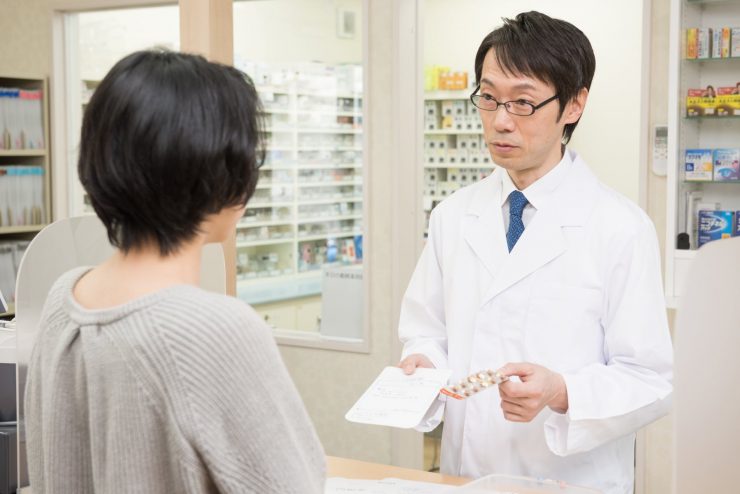 For Americans living in the twenty-first century, healthcare is seen as a right or at least a very strong expectation, and the idea that I would need to suffer for even one minute when Pepto Bismol is just a spoonful away is laughable. We take it for granted that we can walk into a Walgreens or CVS anytime and get Nexium or Sudafed with the minimum of fuss. Tylenol might as well be sold in candy dispensers given how quickly it flies off the shelf.

I was told before I moved to Japan that some medicines might be more cumbersome to acquire. Products that are sold over-the-counter in the US, including the aforementioned Nexium, require a doctor’s permission over here. And the items that are freely available don’t have the same consumer appeal. The Tylenol that Americas love so much is typically found in a dusty corner of Japanese drugstores, bullied into submission by the endless varieties of ibuprofen.

Still, everyday needs like Band-Aids and toothbrushes are readily available, albeit in the obligatory Hello Kitty packaging. That’s why I was shocked to find a complete lack of Kitty-adorned bottles of hydrogen peroxide. You know the product: It’s that mud-brown bottle with a 3% solution of H2O2 that sells for under a dollar and is great for cleaning and soothing minor cuts. And just like Pepto Bismol, it’s supposed to be there whenever an overly trimmed fingernail keeps me from my article-writing duties.

After an exhausting two-minute search at the local ドラッグストア, I approached the store staff with my dictionary app in hand, and politely asked where I could find , the Japanese term for hydrogen peroxide. I was met with blank stares. Perhaps they were unable to understand my pronunciation through my excruciating fingernail pain.

It turns out that while 過酸化水素 is the correct term for H2O2, that term is used for the chemistry-lab variant. Attaching another to the end of the word would transform it into “solution of hydrogen peroxide,” which might have been more relevant at a . But even better would have been the standard trade name for the product: Oxydol (オキシドール).

As with the brown bottle in the US, Oxydol is easily found everywhere in Japan. It comes in a small white bottle from a variety of manufacturers, has a much higher price than the American version, and is just as effective at cleaning minor wounds.

While you are out shopping for things that look like water, consider buying some , a “purified water” product that is as close to distilled water as you are likely to find in Japan. It too comes in a small white or clear bottle and is much more expensive than the American gallon-size variant. But it will keep the rust off of your clothes iron, which I can use again now that my finger is feeling better.

Update: Since publishing this article, I have learned that hydrogen peroxide is no longer recommended as a cleaning agent for small cuts and wounds. According to this summary, hydrogen peroxide is only so-so at killing bacteria, and it might actually irritate the wound, delaying healing. Instead, flushing the injury with plenty of water seems to be the recommended practice. The most important thing to remember is that I am not a medical professional, and you should consult your doctor if you have any questions about medical care.

If you have been keeping an eye on the pandemic situation in Japan during the Olympics, you know that it went from around 1,600 daily infections at the end of June to nearly 10,000 per day by the end of July. Although...

When Will Japan Achieve Herd Immunity?

A few months ago, I posted an article that practically gushed over how well Japan was dealing with COVID-19. Although the points raised there are still legitimate, Japan’s slow rollout of the available vaccines has been...