How to Read an Eye Chart in Japan 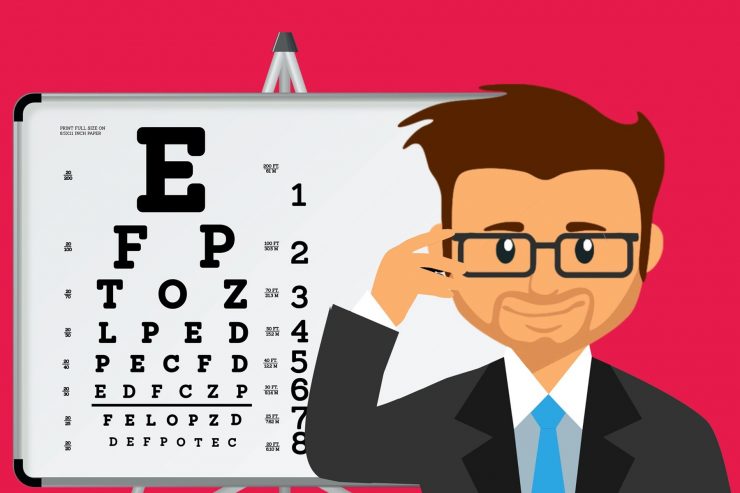 I don’t mean to brag, but I’ve passed an eye test before. Sure, the questions were not that difficult: “What letter do you see?” or, “Which way is the ‘E’ pointing?” But what happens when the chart doesn’t have any letters on it at all?

That was my quandary when I took an eye chart test at a driver’s license exam center in Japan, trying to convert my American driver’s license to the Japanese equivalent. Wikipedia tells me that in the United States, that poster we use with all the letters on it is called a “Snellen chart,” developed in the 1860s by Dutch ophthalmologist Herman Snellen. But in Japan, where English letters aren’t the primary way people communicate, they use another format known as “Landolt C,” developed by Swiss ophthalmologist Edmund Landolt just a few decades after that Dutch guy’s effort.

A Landolt chart shows circles of varying sizes, each with a small opening. If you correctly identify the direction of the opening for circles of a given size, you win! When taking the test at the DMV, there are four possible answers.

If you encounter the chart at an actual eye doctor’s office, some of them (like the example shown in this article) will have openings that point diagonal, which is a bit cruel. But the names for those responses are equally straightforward.

Another difference between eye charts in the US and Japan has to do with scale. I grew up with the 20/20 system, which compares your distance reading to “normal.” For example, if you have 20/40 vision, you see things clearly at twenty feet that others with “normal” vision see clearly at forty feet. Japan, by contrast, uses the LogMAR scale. In this decimal system, 0.0 is the same as “normal” 20/20 vision, while numbers up to 2.0 indicate progressively worse vision.

NOTE: After posting this article, an eye doctor here in Japan contacted me about the measurement system. While I found clinics that did use LogMAR, others use a standard “decimal” system. Under that alternative metric, 1.0 is equivalent to 20/20, 1.5 maps to 20/15, 2.0 is the same as 20/10, and so on.

The good news in all of this is that as long as you can answer some simple single-word answers, you should be fine taking an eye chart test in Japan. If you’d like to practice your eyesight right now, try your hand at viewing these eye exam-related words.

Despite the technical differentiation shown in this list, 「眼科」 is the word you will typically see on eye doctor office signs, whether they offer ophthalmology or optometry services.