The Importance of Acquiring Cultural Literacy 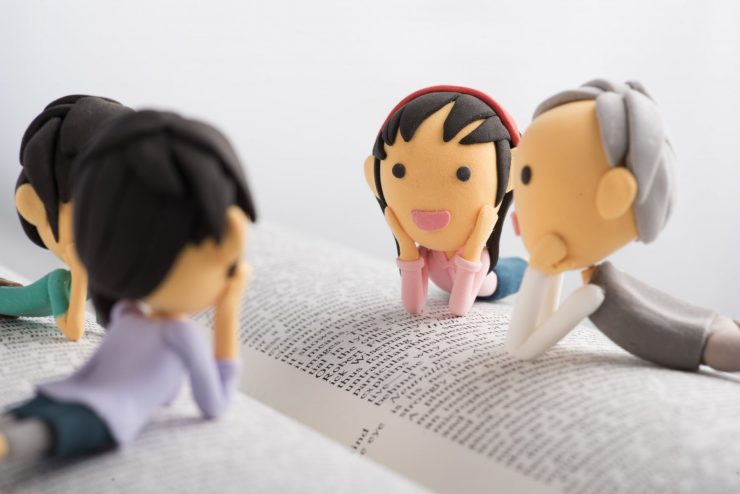 From Confucius’ focus on familial piety in ancient China to Enlightenment Era thoughts on the role of government and citizenship, philosophers throughout the ages have pondered the condition of mankind within community. “I think, therefore I am,” may be helpful in understanding my place in the universe, but something more is needed if I want to be a good neighbor. One of the major ways in which communities and even whole nations codify social expectations appears under the moniker of “culture.”

Cultures come into being from the actions and standards of those within a society, but they also perpetuate themselves by informing successive generations about norms and behaviors that are important for the community at large. Cultural expectations help bring stability to human beings who may otherwise be inclined to act in their own self-interest at the expense of those around them. That is why families, schools, churches, and civic organizations spend so much effort transmitting cultural values to children.

This impartation of culture is also important for those who move into a society from elsewhere. While most nations share some common expectations—do not steal or murder, follow the Golden Rule, and so on—values and traditions beyond these general rules can vary significantly from place to place. Someone who is not familiar with daily cultural expectations may have a difficult time fitting in.

I discovered this during my early encounters with individuals from Japan back in the 1980s. I was still in the honeymoon phase of my interest in Japan, including in my desire to practice my basic language skills. Being a typical overt American, I hung around my Japanese acquaintances, testing out newly discovered words and phrases as the spirit moved me. While everyone was polite, it took me some time to understand that I was injecting significant meiwaku into these interactions, resulting in real but unspoken frustration among the Japanese around me. Someone who grew up in Japan would understand the realities of meiwaku and would have adjusted their behavior accordingly. But since I had not learned this yet, I unknowingly established barriers between myself and those around me.

This is one of the key reasons I started Japan Everyday: to bring cultural awareness to foreigners like me who have moved to Japan, but still need to acclimate themselves to life in their new home country. The articles and documents posted here will attempt to do this through cultural literacy. I first learned about cultural literacy through the writings of E. D. Hirsch. A professor emeritus of education at the University of Virginia and founder of the Core Knowledge Foundation, Dr. Hirsch believed that cultural literacy is essential for communicating with others in a society, just as important as the reading and writing tools of standard literacy.

Consider my own cultural background, that of America in the second half of the twentieth century. When I was growing up, there was a shared national experience that was formed from many sources: a general understanding of American civics reaching back to the Revolutionary War; collective feelings of patriotism in the American Experiment; readings in Western and Biblical literature; and even water cooler talk covering whatever Walter Cronkite said on the evening news, or what trouble the Brady Bunch got into last week. When you read a magazine article, the author simply expected that you would catch the occasional Latin phrase or allusion to Shakespeare’s The Tempest. If you mentioned Noah’s Ark in a conversation, you didn’t have to explain about animals marching two-by-two. Nor did you need to struggle to recall the words to the Pledge of Allegiance. You just knew these things, as did everyone else.

Hirsch says that these shared ideas and ideals are essential to a healthy, functioning society, and are necessary for clear communication among a nation’s citizens. In an effort to document America’s shared cultural language, Hirsch penned The Dictionary of Culture Literacy, as well as age-specific books such as What Your Sixth Grader Needs to Know.

Japan Everyday seeks to be dictionary of cultural literacy for those who wish to acquire knowledge of Japanese culture, and more importantly, who wish to communicate effectively with cultural natives. I hope you will find the articles on this website helpful as you seek to become more integrated into the Japanese national community.

If you find the work of Japan Everyday helpful and want to see it grow, consider joining with us through a Patreon membership. Visit patreon.com/JapanEveryday to find out how.