Japanese in the Wild: ひと回り 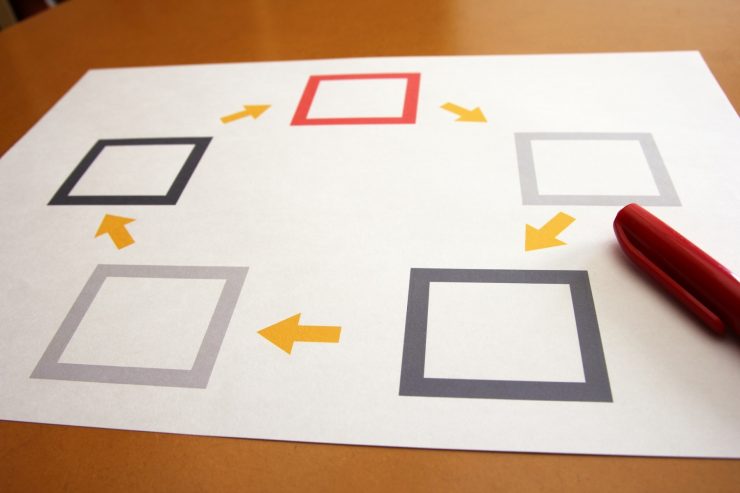 In an attempt to read Japanese content just like real people do, I bought a magazine at my local bookstore, the July 2020 issue of PHP. This Reader’s Digest-sized monthly journal contains short articles all addressing a common monthly theme, and always with an encouraging or motivational goal. That month’s theme was “Let Your Life Be Easygoing!” 「、にいこう！」 For an intermediate reader like me, the articles were sufficiently challenging, and chock full of mysterious vocabulary. But with a common message binding all of the issue’s articles together, you discover the same new words over and over, which really helps older brains like mine absorb the content.

One of the articles by Kiriki Kenichi 桐木健一 bore the title, “Knowing Your Anxiety Type” 「ののタイプをろう」, which in my case is the language-learning type. Mr. Kiriki is the son-in-law of famed manga artist Tezuka Osamu 手塚治虫. In the article, he discusses his anxiety that manifests whenever others discover his familial relationship, especially given that he never had the chance to meet the artist while Tezuka was still living.

When describing his relationship to his wife and her family, Kiriki includes this gem of a sentence.

The first part seems straightforward: “Compared to [my wife] Rumiko, I am….” And that near the end is a clear sign that he’s younger than his spouse. But what is that ひとり term? (Note that り is another common variant.)

The literal translation is along the lines of, “a turn taken around something,” like taking a walk once around a building. When it comes to ages, that “something” is the twelve-year Chinese zodiac, the one that has “Year of the Monkey,” among other animals. When applied to Kiriki’s sentence, ひとり means “about twelve years.”

It’s not exactly twelve years, just as the orbit of Jupiter around the sun, on which the zodiac is based, is not precisely twelve years. Anywhere in the ten-to-fourteen-year ballpark will suffice. Therefore, the basic idea of the magazine’s sentence is, “I’m around twelve years younger than Rumiko.”

The broader term conveys the feeling of “the next level” in a given direction. It’s good not only for one’s age, but also for sizes or even personal traits. 「よりも、ひとりしている」 might translate as, “She’s become more mature since the last time I saw her.” But with the right tone of voice, it can come across as downright harsh. Consider 「ひとり大きくなったね」, translated as, “My you’ve gotten fat,” in the “Congratulations, you’ve achieved the next clothing size” meaning of the sentence.

If you haven’t encountered ひとり before, try adding it to your next Japanese interaction. Hopefully, your language skills will ひとりになります。