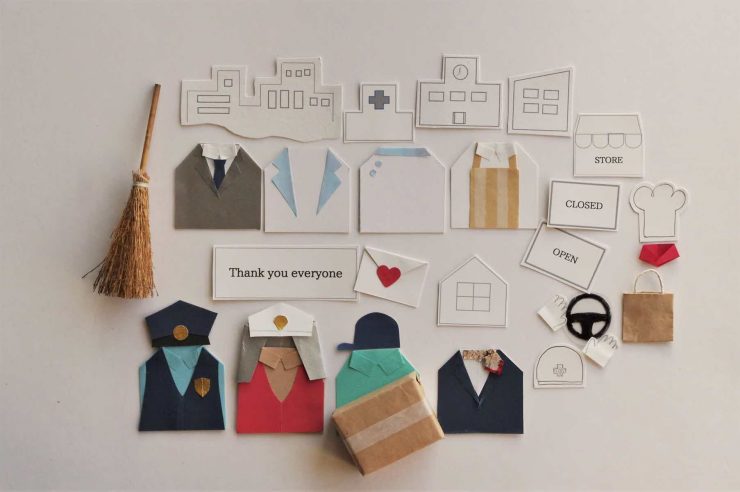 On November 23 each year, Japan celebrates Labor Thanksgiving Day (kinrō kansha no hi, 勤労感謝の日), the last official national holiday of the calendar year. You might imagine that on this day, pilgrims from a far-off continent celebrated a feast with the native inhabitants of Edo, but the holiday is both more ancient and more recent than America’s own Thanksgiving Day ().

Labor Thanksgiving Day stems from an older celebration named niiname-sai (新嘗祭), an autumn harvest festival dating back at least 1,300 years. It was a time to give thanks to the gods for the “five grains” (): wheat, rice, and beans, plus awa and kibi, two forms of millet. Despite the specific date jumping around according to the whims of the lunar calendar, the festival was viewed as one of the most important events of the year. The emperor played a central role, offering newly harvested rice to the Shinto deities.

In the aftermath of World War II, Japan was compelled to implement a new national constitution, in part to distance the functions of government from State Shintoism. Section 20 of the new constitution dictated this separation of shrine and state, including updates to any holiday deemed too religious.

On July 20, 1948, the Japanese legislature passed the のにする (“A Law Concerning Holidays for Citizens”). It established nine official holidays, including Labor Thanksgiving Day, the stated goal of which was to “value hard work, celebrate production, and give thanks to our fellow countrymen.”

Although Japan’s imperial court continues to perform rituals descended from 新嘗祭, there are no specific events or traditions tied to the newer Labor-Thanksgiving variant. Instead, the day provides a state-sanctioned reminder to give thanks for the hard work of others. Children give gifts to their working parents, and some schools have their students pen thank you letters for local police officers and firefighters.

Here are some common terms used for holidays and similar times off.