Getting the Right Name Stamp 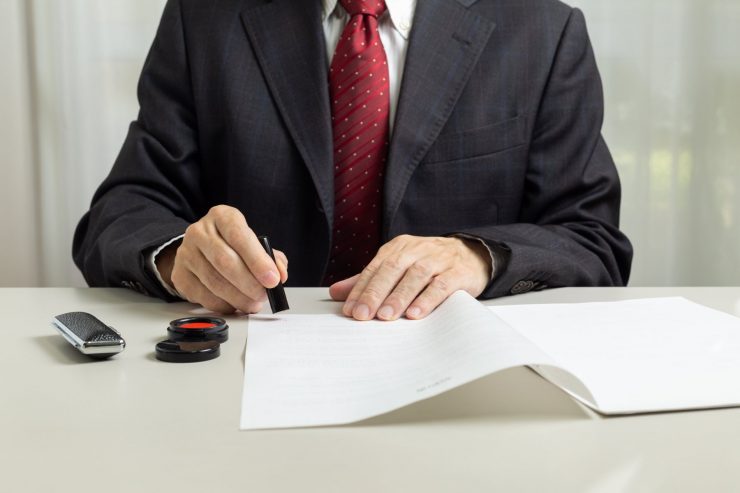 One of the things I looked forward to most about moving to Japan was the chance to get my very own hanko (ハンコ) name stamp, complete with an orange ink pad and the recognition that I’m doing things the right way. Known formally as inkan (印鑑), these handheld seals have long served as the official way that people in Japan sign documents.

To create my stamp, I visited a local stationary shop () that also created custom stamps. Given that my family name is very not-Japanese, the shopkeeper took some time to think about ways to convert my name into a set of kanji that would offer a similar pronunciation. With the set of four characters at his disposal, he got to work, hand-carving a mirror image of the text onto the end of a small block of stone. While the result was certainly nominal—Get it? Name stamp! Nominal! I’m laughing at my own joke!—it was also amazing and beautiful and one of my favorite things.

My bank liked it, too. It became my official stamp for identifying my account, especially if I ever needed to change it or close it later on. The water and power departments accepted it as well, gladly sending tap water and electricity to my home in response to my stamped application forms.

But the government hated it. There are some procedures in Japan, such as buying a car, where you need to fill out some government forms on which you impress your inkan, and you must go to the city office and register the stamp in advance. Here’s what I found out: If your name is not really made of kanji characters, your registered stamp can’t be either, at least for government documents. I had to buy a second inkan that included the katakana version of my name. It’s boring and simple and ugly, and now it’s official.

In addition to official name stamps, many people use teisei-in (訂正印), a smaller, simpler seal that you use to indicate a mistake or correction made to an important document. Yet another variation is the mitome-in (認印 or 認め印), a “private seal” that can be used with less important documents where applying your official stamp would be overkill or risky.

I’m sad that my local city office rejected my inkan of choice. But it might not matter much anymore. Soon after he took office in September 2020, Prime Minister Suga started a war against the use of stamps on official documents. His administration is planning to pass a law early in 2021 that will remove the need to stamp ninety-nine percent of the 14,700 existing federal forms and procedures that require it.